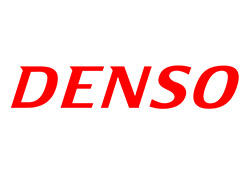 The European Commission has imposed fines of € 137 789 000 on Melco (Mitsubishi Electric) and
Hitachi for participating in a cartel for alternators and starters in breach of European antitrust rules.

Denso was also involved in the cartel, but not fined as it revealed the existence of the price fixing to the Commission. All companies acknowledged their involvement and agreed to settle the case.

For more than five years, the three Japanese car parts manufacturers coordinated prices and allocated customers or projects with regards to OE alternators and starters. Although contacts associated with forming and running the cartel took place outside the European Economic Area (EEA), it affected VMs in the UK and mainland Europe who brought directly from the companies.

Commissioner Margrethe Vestager in charge of competition policy said: “Breaking cartels remains a top priority for the Commission, in particular when they affect important consumer goods, such as cars. Today’s decision sanctions three car part producers whose collusion affected component costs for a number of car manufacturers selling cars in Europe, and ultimately European consumers buying them. If European consumers are affected by a cartel, the Commission will investigate it even if the cartel meetings took place outside Europe.”

The investigation revealed that between September 2004 and February 2010 the companies met at each other’s offices and in restaurants, and were in contact over the phone on a regular basis, in order to limit competition between them. In particular the three companies: