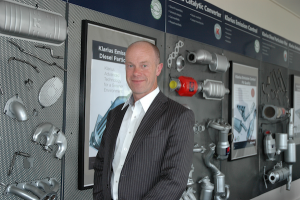 The Department for Transport has ruled on its investigation into allegations of malpractice by exhaust
and catalyst manufacturer Klarius Products Ltd.

The main allegation made against the company was that replacement catalytic converters were being placed on the market that didn’t meet type approval standards as they bore invalid approval numbers taken from old stock.

VCA (Vehicle Certification Agency) carried out the investigation on behalf of DfT. It found that 5127 products were produced bearing the wrong approval numbers. Of these 87 percent were recalled, while most of the rest had already been fitted to cars.

The body found the issues at the company to stem from ‘flawed processes’ that allowed these ‘serious mistakes’ in not controlling parts and approval number inventory adequately. This was made worse by a ‘lack of understanding of Type Approval’ at Klarius.

However, a fairly dry wrangle over EC numbers has turned into a wider debate for the aftermarket with industry figures voicing their views.

Wendy Williamson, IAAF Chief Executive, said: “Following a near 12 month investigation, we are disappointed to see that Klarius have been found to be using grossly inadequate processes. The investigation has identified some very serious mistakes by Klarius and breach of regulations, both of which damage the reputation and integrity of the independent aftermarket.”

A spokesman for DfT also voiced concern that the “replacement catalyst approval process is not providing the level of confidence in product performance that it should”.

For its part, Klarius admitted to the error when it was revealed in December 2014. It said that it had been working with the VCA and back in Feburary it attributed the long legs that the story seemed to have on a ‘UK competitor who is continuing to run around trying to reignite bad news.’

“We would urge others to join us in taking a sensible view on the matter and continue to take positive action to improve the reputation of the automotive aftermarket, rather than conspiring to denigrate it” Paul Hannah, Business Development Director, Klarius noted at the time.

The perceived ‘denegration’ might stem from a joint statement issued by competitors BM Cats, TP Cats, Euroflow and EEC. The statement warned that anyone who knowingly supplied or fitted a non-approved device ‘could be subject to a fine of up to £5000 per part and should seek legal advice before doing so’.

With the matter now resolved and the VCA happy with practices put in place, let’s hope the aftermarket can put this ugly row behind it.