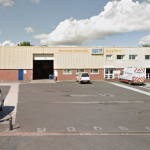 Oldbury branch of German truck factor and garage equipment supplier Europart has been acquired by rival factor Digraph. Terms of the deal have not been disclosed, though the existing team will remain and the business will be renamed and rebranded in the Digraph style.

Sukhbir Kapoor, Chief Executive Officer at Digraph, commented: “Europart has a strong national presence as well as a traditional, local customer base. The acquisition enables us to provide customers nationwide with an even quicker, more efficient response from our branches as we continue to build on Digraph’s reputation for exemplary service. We are planning further investments and additions to our branch network as we continue to shake up the commercial vehicle sector.”

Europart has no previous connection with the similarly-named Euro Car Parts, although Digraph received significant investment from Sukhpal Singh Ahluwalia, founder and Executive Chairman of Euro Car Parts in September 2017.