DISCIPLINING STAFF: WHAT YOU NEED TO KNOW 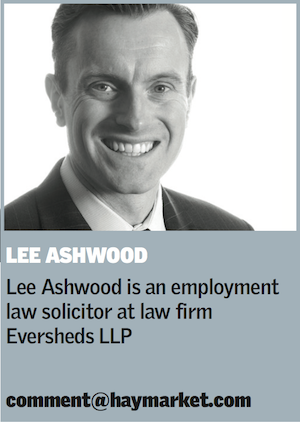 It is often said that the best asset of any business is the staff. While that may be the case, having employees will mean that at some point their behaviour will fall below what is expected of them, either because they break a rule, do not follow a procedure, make a mistake or struggle to do something asked of them. As a manager or business owner, at some point in your career you will be faced with an employee whose behaviour is not what you wanted and you will have to consider how to deal with it.

POLICY
A good starting place is your disciplinary policy. It will probably identify types of behaviour that you should think of as ‘gross misconduct’, that is behaviour so serious that it, if proven, warrants dismissing the employee immediately and without pay in lieu of any notice. Typically, you will find theft, dishonesty, violence, serious breaches of health and safety, gross negligence and so on, are considered to be gross misconduct. But what about behaviour that is not so serious?

Your disciplinary policy should also clearly identify what behaviour is considered to be misconduct, that is usually minor offences such as lateness, rudeness to colleagues or customers, appearance or minor breaches of procedure and the disciplinary action that may be taken for such misconduct.

DEALING WITH (MIS)CONDUCT
Your disciplinary policy should provide for a staged process and even it is does not, it is the recommended approach by experts and also expected by Employment Tribunals should you ever end up there.
In most circumstances, the first stage is speaking to the employee informally about their behaviour. While you may be frustrated by the individual’s behaviour, at this stage in the process it is usually more effective to demonstrate that you are being supportive, want to understand what has caused their poor behaviour and look at ways to prevent it recurring. Remember that your goal is to correct their behaviour and not to alienate them – if you are struggling to decide on what tone to take, you should be thinking perhaps how you would like to be spoken to: with respect and calmly. 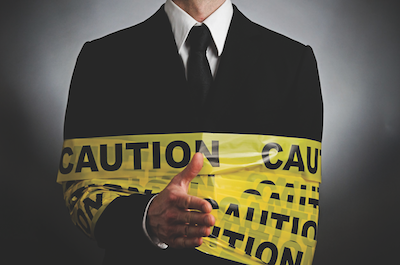 It may there is an issue that you were unaware of that you can help resolve. For example, the employee may reveal that their recent lateness for work is due to an issue with their current child-care arrangements. If you have approached the discussion in an amiable way and with an open-mind, when you get such an explanation from an employee you are well-placed to give them your support and, in return, receive their appreciation which should, in turn, maintain a positive working relationship. Continuing with the example, rather than disciplining the employee, you may choose to adjust their working hours, either temporarily or permanently, to help them.

In any event, by the end of the informal meeting, it is important that you have set the expectation for improvement and explained, albeit it in a nice way, that should the poor behaviour be repeated or continue then disciplinary action may be taken in the future.

In most cases, an informal discussion as has been described here will usually correct the behaviour and the matter will be resolved. However, if the informal approach is not successful, it is important that having a difficult conversation to avoid causing upset, you will inevitably have to speak to the employee at some point and the longer they have been allowed to behave unacceptably without challenge, the more likely they are to be aggrieved and uncooperative when action is taken. If the informal discussion approach is unsuccessful then disciplinary action will be needed and the employee will progress through the staged disciplinary process.

NEXT STAGES
The next stage along the way is to rely on warnings, often on an increasing scale of: a verbal warning, followed by a written warning, a final written warning and, ultimately, dismissal. While that may seem straightforward, it can be difficult to decide at what point to take disciplinary action. You should always be consistent when disciplining employees, however, that can be difficult to achieve as it is rarely a case of “one size fits all” and the action you take will depend on the circumstances of the case. You would not consider taking disciplinary action in respect of an employee who has worked for you for 10 years and has been late on one occasion. By contrast, moving towards a warning is very likely in respect of an employee who has been with you for a few months, is regularly late for work without good reason and has been spoken with informally first.

AUTHORITARIAN APPROACH
At this point you may decide that a more authoritarian approach is appropriate given that an informal approach has been unsuccessful. The approach you adopt will ultimately depend on the nature of the misconduct, the individual employee and the stage you are at in the disciplinary process. If you are at the point of issuing a verbal warning then you may still be fairly informal in your approach. If the employee has continued to behave poorly and you are issuing a final written warning, you are likely to take a more authoritarian approach to emphasise the seriousness of the matter, particularly as the next stage in the process could be dismissal. When deciding the approach to adopt, always remember that your goal is to correct the employee’s behaviour and maintain a positive working relationship.

FORMAL WARNING
As you may expect, when proceeding with formal disciplinary action, it is important that you adopt a fair process. This is not simply for your benefit or that of your employees, but should you find yourself before an Employment Tribunal, one of the factors the judge will assess is whether the procedure you followed was fair and reasonable.

As part of a fair process, you should ensure that an investigation is carried out to establish the facts (for example, the dates an employee has been late and how late they were each time). The nature and extent of the investigation will depend on the circumstances of the case – it may simply require the employee in question being asked questions (with notes of what is said being taken) or it may need witnesses such as colleagues to give statements, records checked and CCTV footage reviewed.

In most cases, you will see an improvement in the employee’s behaviour before you have exhausted the process. However, if that is not the case, then you will need to consider terminating the employee’s employment as a result of their repeated misconduct. This is understandably a difficult decision to make and will be a last resort. Unfortunately, as a manager of people, you have to make difficult decisions and providing you have followed a process of warnings, you will know you have given the employee ample opportunity to improve before such action is taken.

GETTING IT WRONG
The consequences of failing to dismiss an employee fairly in the eyes of the law are quite severe. An Employment Tribunal can order you to re-instate them into the job you dismissed them from or re-employ them in a different job. Commonly though, employees do not want to return so they seek compensation with the tribunal being able to order you to pay them up to a sum equal to their annual gross pay (under £78,335) with another 25% added if you fail to follow a fair procedure as set down by ACAS in its Code of Practice on Disciplinary Procedures.

The employee should be notified of the disciplinary hearing in writing and the letter should confirm:
■ The allegation against them;
■ They have the right to be accompanied by a work colleague or trade union representative;
■ The potential outcome of the hearing, for example, a first written warning; and the date, time and location of the hearing.
The employee should also be provided with a copy of all of the documents collated during the investigation.