DON’T CALL IT A COMEBACK…

It was reported in late April that more than 60 percent of garages had shut their doors as it had become infeasible to operate given the sharp fall in customer demand, disrupted parts supply chain and staff shortages caused by the lockdown.

Now, though, the lockdown is being eased and UK roads are slowly starting to get busier. Alex Lindley, Managing Director of Nottingham-based garage chain Lindley’s Autocentres, told us how he’s gearing up for the new ‘normal’: “There are a lot of strategic challenges now, including making sure that we increase supply as the demand increases – timing is critical to maintaining the health of the company.” It’s worth remembering that, even if a garage has all staff at hand and a fully operational workshop, there are obstacles to overcome in terms of consistently speedy parts deliveries and maintaining a steady workflow as drivers adjust to post-lockdown life. 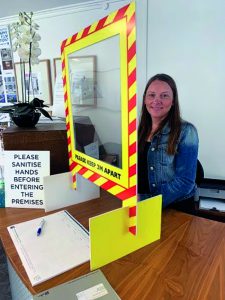 The sustained health of factors and suppliers is a critical component in the aftermarket’s bounce-back. One such business, Chesterfield’s Autosupplies Group, is working hard to return to normality. Managing Director David Clarke said that, although “business dropped considerably” when the lockdown came into force on 23 March, it “has continued to grow steadily”, with the firm recording the biggest increase in call volumes after Easter. Garages were allowed to stay open, having been deemed essential businesses, but the situation was murky for suppliers, as Clarke explained: “Many of our van drivers have been stopped by Police and I would like to thank the IAAF for their support in providing the industry with a letter that confirms we are allowed to remain open and trade.” On 5 May Autosupplies announced that its Chesterfield, Barnsley and Rotherham branches were fully open, and that “teams at all three businesses are well practised in social distancing measures and are adhering to government guidelines, which we kindly ask customers to respect.”

Social distancing could be the biggest inhibiting factor in the build-up to ‘business as usual’. Among many other measures, the Best Practice guide – jointly published by IGA, SMMT, IAAF, Scottish Motor Trade Association and Garage Equipment Association – suggests posters are put up around the workshop or warehouse to remind customers and staff to keep their distance, a one-way system is put in place and sanitisers are always available. Euro Car Parts’ Marketing Manager Colin Cottrell outlined the actions of the factor chain: “We’ve made protective equipment like gloves, antibacterial gels and wipes readily available to all and are regularly cleaning our vans, branches and retail spaces. We’ve also set up Perspex screens on our counters and will wear latex gloves to serve customers and while on delivery routes.”

The biggest change for many will be the transition to a ‘contactless’ business model, which Autocentres’ Lindley has found ‘relatively easy’ to adhere to “once the plan was in place”. “The key to its success is to communicate with the customer,” he explained. “You need to make it clear what they can expect and what you expect from them. We are calling the customers the day before, followed by an SMS and an email.” Garage bosses would do well to consider how best to minimise unnecessary contact with customers while maximising workshop space. 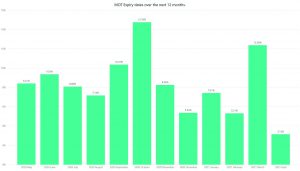 Aside from the critical issue of how to actually run a business, the question that industry bodies are now asking the government is if it will now cancel the universal six-month MOT extension that came into effect on 30 March [the end of the extension has of course been announced since this article was written – Ed].

The IMI’s Steve Nash thinks that although “the motives for the initiative were sound at that time, there are serious risks in the extension remaining in place now”. Chief among these, he said, is that traffic levels are beginning to build as people return to work, and it’s possible that some vehicles will not be in a roadworthy condition. “That’s a huge safety risk, but of more commercial concern for our sector is that if all motorists wait up to six months from when their MOT expired to get their vehicle tested there is going to be a big backlog of tests in the autumn and winter [see Alex Lindley’s predictive chart below] which could significantly overwhelm the sector,” he said.

SMMT Chief Executive Mike Hawes concurred. “With government advice stating that workers should avoid public transport when returning to work, the use of private cars is likely to rise more sharply than it already has over recent weeks” he said. “A reconsideration of the six-month MOT extension needs to be made as soon as possible”.

The Independent Garage Association and the IAAF have all voiced similar statements and written to DfT ministers. However, it is highly unlikely that a decision that has already been implemented will be changed now.

There are two schools of thought, however, and David Hoad, MOT Manager at Ashton-Under-Lyne’s Guide Bridge service centre, reckons a pragmatic approach could mitigate the effects of any custom lost to the extension. “The scheme has allowed key workers to stay mobile without worrying about the statutory requirement of having to have a current and valid MOT,” he said, noting that these individuals are the only ones who should have been driving under lockdown in any case. So, now that it’s here and shows no sign of being lifted, he advises garages to contact customers and explain to them you are now open and able to carry out the test. “Explain to them it is their responsibility to ensure their vehicle is roadworthy and that they can be prosecuted for not ensuring this, and the only way they can feel secure they have met this requirement is to bring the vehicle to you for inspection,” he advised, adding that it’s worth reminding customers that: “the extension is only there to give them the time to get the vehicle tested at the earliest opportunity.”

Hoad’s views are backed up by ECP’s Cottrell, who observes that a proactive approach from garage managers could see customer rates quickly return to near-normal levels. He suggests that garages identify customers with overdue services or MOTs and offer them a booking slot of their choice, which, he says, “helps them to define their opening hours, understand the technician resource they’ll need and effectively manage their finances”. As an added incentive, he notes: “One garage owner we spoke to in the last couple of weeks reported a 43 percent uptake on the phone calls he made in a single day, and another converted 11 phone calls into bookings in one day.”

What’s most apparent, speaking to representatives from various sectors within the aftermarket, is that we’re firmly in the recovery stage now. There will be hardship ahead for all, with stringent distancing measures, weakened customer demand and an inevitable economic downturn to overcome, but the ball remains in the aftermarket’s court. Most, if not all, businesses can operate effectively with social distancing measures in place, and now that the roads are getting busier and garages are opening back up, there’s no reason to let the MOT extension stop the aftermarket from returning to rude health and keeping the nation’s vehicles safely on the road.