DRIVING CHANGE: HOW COMPLACENCY CAN KILL 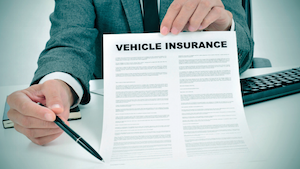 Driving for work is a ‘work activity’ like any other. However, our familiarity and, in some cases complacency, with the activity can make it difficult to manage despite it being one of the greatest risks we face. With the trade running fleets of delivery vehicles, the issue of road safety should be high up on the agenda. Indeed, it’s not hard to find web-hits such as ‘Van driver hurt in crash’ or ‘Truck, lorry and van driver injury compensation claims’.

THE LAW
There is a raft of criminal offences that capture individual drivers who decide to break the law. These include death by dangerous driving, careless driving and driving without a valid licence or insurance. The law recognises that properly licensed drivers have a personal obligation to take care of themselves and others on the road.

However, organisations, managers and colleagues could also be implicated if they are considered to have “aided and abetted” that criminal behaviour. A potential example of this would be where a manager
knew that a driver’s insurance had expired but did not alert anyone within the business or prevent that individual from driving. Organisations often collect vast swathes of information that are relevant to managing driving, but are not used as such. Working time details, health information and job descriptions are all good examples.

Prosecutions for ‘aiding and abetting’ offences remain rare, but a fatal road death may result in a Coroner’s Inquest and the organisation having to answer some difficult and probing questions on behalf of the deceased’s family.

Within the more typical health and safety arena, prosecutions could arise where the culture of the organisation is such that driving for work is not managed properly and individuals are put at risk.

In fatal incidents, under the Corporate Manslaughter and Corporate Homicide Act 2007, an organisation can be held liable if “working regimes, dangerous or illegal practices or negligence have contributed to the death”. The police will investigate for the offence of corporate manslaughter and will want to establish the attitude of senior management towards managing driving for work. Were policies in place and enforced, and was there real and visible leadership from the top?

Further, the Health and Safety at WorkAct 1974 states that organisations have a duty to ensure, so far as is reasonably practicable, the health and safety of all employees while at work, and that others are not put at risk by work-related driving activities.

Beyond the broad 1974 Act there are various other health and safety regulations that apply to work activities such as driving. The key action point is to appreciate driving for work as a work activity and treat it as you would any other, providing suitable instructions, information and equipment based on a sound risk assessment process.

CONSEQUENCES
The most obvious consequence of getting it wrong is that an employee or members of the public is seriously injured or killed as a result of your organisation’s driving activities. Organisations recognise the moral reasons for keeping people safe.

In addition, there is the risk of a subsequent prosecution for individual criminal offences or for organisational or management failures.

The potential consequences of getting health and safety management wrong have become all the more severe since February 1 2016, which saw the introduction of a Sentencing Guideline for health and safety offences and corporate manslaughter (among others) and creates the potential for higher fines and prison sentences than we have seen historically. The guideline uses ‘potential harm’ as one of the determinants when deciding upon a sentence; the potential harm associated with driving is obvious.

In addition to a criminal prosecution, you may have to deal with any civil claims brought against the business by individuals who have been involved in an incident. Insurance may be in place for organisations and those that use company cars, but what about those who use their own vehicles? Everyone ‘driving for work’ needs to have ‘business use’ insurance. Without it, insurance policies can be revoked and the individual or organisation is left to pay.

Aside from financial implications, incidents and prosecutions can attract significant negative publicity, which in turn could affect an organisation’s brand and reputation. Many vehicles now bear corporate logos and branding which can have unwanted consequences in the event of a serious incident. The impact of an investigation can also create significant business interruption, with the seizure of vehicles, computers and other records, even if a prosecution does not result.

Driving for work can be a risky business and should be taken seriously by the whole organisation; not just the driver.