Six complainants went to the Advertising Standards Authority to challenge whether a TV advert for Euro Car Parts promoted reckless and dangerous driving.

The adverts featured a woman driving through a country lane. The camera shot to the woman adjusting the volume on the car stereo, and then switching gears while speeding up. The camera then shot to the woman pressing firmly on her brake pad and stopping suddenly to avoid hitting sheep in the road. A voice over thanked her local technician for replacing her brake pads earlier and so avoiding her hitting the animal. 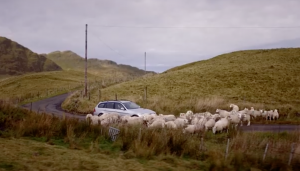 In response, ECP quoted the Highway Code to prove that the subject was not driving outside of and said that the words ‘fast and efficient service’ used in the voice over did not refer to the subject’s car.

The ASA noted the points and did not find the advert in breach, so no further action was necessary.