Euro Car Parts has earned itself a rebuke from the advertising watchdog following an email campaign promoting discounted oil.

A complainant challenged whether the claim “EXTRA 50% Off All Oils” was genuine and could be substantiated, because they believed Castrol Engine Oil Edge FST 4ltr was not 50 percent cheaper.

In reponse, Euro Car Parts Ltd said they had sold the Castrol Engine Oil Edge FST 4ltr at various prices during 2016. The lowest price had been £36.48 and the highest price the oil had been sold for was £64.32. They provided copies of invoices to show sales for each different price charged throughout the year. Euro Car Parts said the advertised extra 50 percent off promotion lasted for four days and the oil was priced at £64.32 for two weeks prior to the four-day offer and for six weeks after the promotion had ended.

However, the ASA was not impressed with ECPs argument. The ruling from the Authority read: “We understood that the Castrol Engine Oil had been sold throughout 2016 at various prices between £36.49 and £46.99 up until two weeks before the promotion began, when the price increased to £64.32. During the advertised promotional period, we understood that it was priced at £32.16, which was half the £64.32 at which it had been priced for the previous two weeks. We had not seen any evidence of the number of sales at each price, but given the short period of time at which it had been priced at £64.32 compared to the other lower prices, we did not consider that to be the usual selling price”.

The factor can’t repeat the promotion and has been told to ‘ensure their future savings claims were not misleading’. 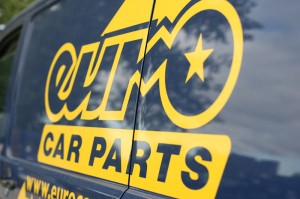 Buyout is AAG’s third this summer in Northern Ireland

Over 400 visitors meet distributors and enjoy a prize givaway