Employing non-British staff – Getting it right 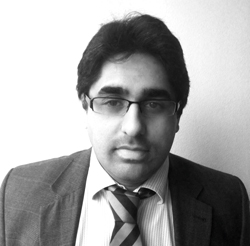 Failing to properly check that your workers have the right to work in the UK could land you with big fines or even a prison term, says Amir Zaidi

The recent allegation that ECP negligently employed illegal workers means it now faces fines of up to £10,000 for each case. For those companies which knowingly hire illegal workers, the risk is of an unlimited fine and/or a prison sentence of up to two years.

The Border Agency isn’t very forthcoming with information on how to properly identify lawful permission to work, or how to conduct checks and on best practice generally.

When faced with a migrant worker – anyone who is not British – it is important to work through simple steps to ensure the migrant’s permission to work in the UK.

It is crucial to note that only nationals, not residents, of the above countries have freedom to work in the UK. A Brazilian national who has a Portuguese residency card will not have permission to work in the UK – only a document conferring Portuguese nationality will suffice.

Nationals of Romania and Bulgaria (“A2” countries) are permitted to enter the UK, but they must not start working until authorised by the Border Agency.

If the employee is not from a country listed above, a different set of criteria apply which is based on accruing enough points to gain entitlement to work.

Since February 2008, the Border Agency has been given wide-ranging powers, and thousands of businesses have since been fined.

The Agency will typically attend a work premises in numbers and hold all persons on site, even customers. If illegal workers are identified, an employer is asked to produce the documents kept on file which show adequate checks were made. Fines arise where it can be shown that both the worker had no permission to work and that adequate checks were not carried out.

An employer will have a defence if the worker provides the employer with certain documents listed on the right. Employers must take reasonable steps to check the validity of documents, but are not expected to be experts in forgery. Reasonable steps could include rejecting any obviously defaced or altered documents, seeking corroborative evidence or calling the Border Agency.

Employers are expected to keep documents for at least two years after the employment terminates. They should also check photographs bear a resemblance to the worker and are consistent with any date of birth. Employers also need to take reasonable steps to check the employee is the rightful owner of the document, retain copies of the whole of any documents that are not passports or other travel documents and key pages of any passport or other travel document.