EMPLOYMENT LAWS ARE CHANGING – ARE YOU?

Since 2010, the UK has experienced lower unemployment rates across every region, underpinned by a strong and innovative labour market that has seized on the opportunities offered by new technologies, emerging business models and changing ways of working.

Existing employment law and policy framework has found a balance between flexibility and worker protections, placing Britain in a strong position to benefit from the new industrial revolution and the opportunities it will bring.

Out with the old, in with the new

The government unveiled its Good Work Plan in December 2018 as a direct and carefully detailed strategy to strengthen worker’s rights and change employment laws.

Labelled as ‘the biggest package of workplace reforms for over 20 years’, the plan builds on the Taylor Review recommendations of February 2018 and outlines an intention to improve conditions for agency, zero-hour and other atypical workers.

Within this plan, the government commits to a wide range of policy and legislative changes, clarifying the relationship between employers and workers, while ensuring the enforcement system is fair and fit for purpose.

As working becomes more flexible and varied, it is imperative that the key protections relied on by workers are not negatively impacted, and this Good Work Plan is designed to reinforce existing rights.

One of the main issues addressed is ‘one-sided flexibility’, which recognises some businesses have transferred too much business risk to the individual, affecting their financial security and personal well-being.

New legislation will give workers the right to request a more stable contract, allowing them to benefit from flexible working, without the financial uncertainty.

Those happy to work varied hours each week can do so, but others will be allowed to request a fixed working pattern after 26 weeks of service, giving workers greater control over their own lives.

For those working zero-hour contracts, this change will allow them to request a contract that guarantees a minimum number of weekly hours, which is crucial when looking to secure a mortgage. 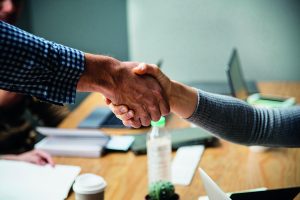 The Good Work Plan also addresses Swedish derogation, which currently allows agency workers to exchange their right to be paid equally to permanent counterparts in return for a contract guaranteeing pay between assignments.

Although the original intentions of Swedish derogation were to offer reassurance that individuals would still earn during quieter periods, some employers have been using this opt-out to reduce the size of their pay bill.

Nowadays it is very unusual for agency workers to have gaps between their assignments, and in some cases, employers have devised schemes to keep their exposure to a minimum contrary to the requirements originally outlined.

The government aims to repeal Swedish derogation with new legislation, banning the use of this type of contract to withhold equal pay rights. Instead, long-term agency workers will receive equal wages to those of permanent employees.

In order to create a level playing field between businesses, there needs to be effective enforcement.

The government plans to extend state enforcement for vulnerable workers, introducing tough financial penalties and an approach that already applies to underpayment of the National Minimum Wage.

This involves increasing enforcement protections for agency workers where they have pay withheld or unclear deductions made, while new legislation will increase the maximum penalty imposed during employment tribunals on the grounds of aggravated breach.

While the Good Work Plan looks set to bring about some wholesale changes to employment law and workers’ rights, there are other broader developments on the horizon.

On April 6, 2019, new legislation under the Employment Rights Act 1996 is due to come into force, introducing a right for all workers to be provided with an itemised pay statement and the ability to enforce this right at an employment tribunal.

On the same day, other legislation will require itemised payslips to contain the number of hours paid for where a worker is payed hourly.

Preparing for the future

With the arrival of the Good Work Plan and ongoing consultation regarding employment laws and legislation, 2019 will be a crucial year for businesses and workers alike.

It’s important that organisations take the time to review the changes and understand the requirements outlined in the new legislation, as non-compliance could cost organisations financially and damage their reputation.

If you’re unsure about the Good Work Plan and wider developments, it is important to consult a legal team with significant experience of employment law and the imminent changes.