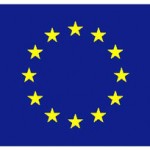 Unemployment across Europe has hit a record high according to official new figures released today.

The Eurostat data show that a total of 18.8 million are out of work in the seventeen Euro zone countries, 11.8% of the full potential workforce.

For the wider European Union collection of 27 countries, which includes the United Kingdom, the unemployment rate has remained stable at 10.7% of the workforce or a total of 26.1 million people.

In this ranking the UK has the ninth lowest rate of unemployment at 7.8%, a figure which matches the expectations laid out by the Office for Budgetary Responsibility in mid-2010.