The recently announced plan to merge Fiat Chrysler with PSA Groupe will face ‘the mother of merger control investigations’ according to an an expert in corporate regulation.

Jonathan Branton, Head of Competition at city legal firm DWF Law said: “This is obviously a huge consolidation of the sector that will surely require a considerable effort in securing competition (merger control) across a variety of jurisdictions and especially the European Union”.

“This will take time and will create some uncertainty (although the parties will surely have planned this aspect meticulously). More particularly, this is representative of a general trend towards consolidation and/or cooperation in the sector as it undergoes the transformation that the changeover to electric vehicles is bringing. This is presenting unique challenges that seem set to make this and other projects which bring previously independent players together for different purposes (e.g. R&D) somewhat inevitable.”

The mega deal, announced earlier this week will see the creation of the world’s fourth largest carmaker and will be registered in the Netherlands, a country neutral to all parties.  Unions, including those that represent Vauxhall in the UK, have sought reassurances over job security. 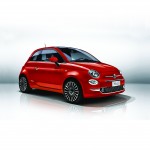