FLEET MANAGEMENT WITH A MODERN TOUCH

Hot industry news earlier this year was an £85 million cash injection from auto giants Hyundai and Kia into London-based Arrival, an electric vehicle start-up whose cubist Gen2.0-EV van is tipped for adoption by a raft of huge logistics firms including Royal Mail and UPS.

It’s a significant breakthrough for commercial vehicles, which have lagged somewhat behind their passenger counterparts in terms of electrification and autonomous capability development. The high-profile tie-up could also be a promising sign of things to come for smaller fleet operators – particularly factors – in the UK, who are engaged in a constant battle with rising fuel costs, wage allowances and insurance premiums, as well as ever-stricter emissions regulations and MOT requirements.

Take Euro Car Parts as an example. As of August 2019, the Tamworth-based distributor has around 2750 cars and vans running between its 16 distribution centres, and making around 60,000 parts deliveries daily from its 200-plus branches. It’s quite an operation, and the man in charge of coordinating it, Ted Sakyi, said the key to things running smoothly is that “suppliers and their customers continue to talk to each other ”. It would have to be – the demand for ultra-fast delivery, which I call the ‘Amazonisation’ of today’s e-commerce sector, means customers (including garages) aren’t as willing to twiddle their thumbs for days on end while crucial components are delivered, and communication issues are less excusable than they were in the pre-smartphone era. 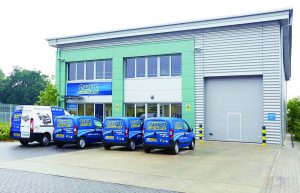 Darren Wykes, Managing Director of nationwide supplier Motor Parts Direct (MPD), concurred: “The simple question of ‘when is it needed?’ is now a priority to avoid over-servicing customers.” MPD’s fleet consists of a mixture of vehicle makes and sizes and serves 128 stores across England and Wales, but is equally dependent on the justin-time business model that ensures no fuel or time is wasted by its delivery drivers. “Each branch carefully manages its own logistics, bearing in mind customer demands as regards arranging each delivery schedule,” Wykes added, ‘ensuring van runs are done in the most efficient manner’. Unnecessary delays brought about by garages returning parts or calling the factor out multiple times in short succession can threaten the firm’s ability to meet its quotas.

So how long does a factor of this size allow for each call-out? Wykes considers a case-by-case approach to be best practice: “At present, in line with competitors, there are no hard and fast rules. It is down to the branch team to apply a common sense approach.” It’s unlikely that a factor would consider sending a van and driver out for an hour just to deliver a £10 part to a remote workshop, but would more likely incorporate that delivery into a larger route with multiple stops.

ECP’s Sakyi elaborated: “Ultimately, we want to help independent garages deliver top quality repairs for their customers with the shortest possible wait-times. This means both parties need to communicate effectively – us asking whether they need anything and, if so, what time they need it, and them letting us know what they need, where possible, ahead of time.” The message is that efficiency is a two-way street, and factors can’t be held accountable for disorganisation on the customer’s part. 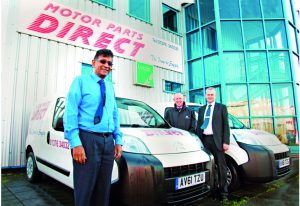 But just as important as timing deliveries right is considering which vans to use for them. ECP recently bought 300 diesel-fuelled Peugeot Partner vans, showing a commitment – at least in the medium term – to combustion power. Currently, there are only a couple of alternatively fuelled commercial vehicles on sale suited to the firm’s needs, which offer usable ranges and relatively low purchase costs, but would entail such significant investment in supporting infrastructure that they are presently an unrealistic option for any large distribution firm. Sakyi said: “While battery technology and charging infrastructure are still developing and improving, higher-mileage job roles will be best-served by the newest, cleanest diesel and petrol options.” He added, however, that ‘electric vans are already suitable for relatively low-mileage job roles, provided there is access to adequate charging facilities’. As electric commercial vehicles become more accessible and their ranges increase, it’s likely that factors will start to explore their suitability for use in urban areas, particularly where low-emission zones restrict the use of combustion engines.

For now, though, MPD’s Wykes said that “no suitable electric vans are available bearing in mind range and re-charge times,” adding that the Essex-based company is currently trialling a Nissan e-NV200, and looking forward to an electric version of Citroen’s Berlingo arriving next year. ‘Van choice is decided based on various criteria, such as fuel efficiency, overall running costs and initial purchase price,’ he said. 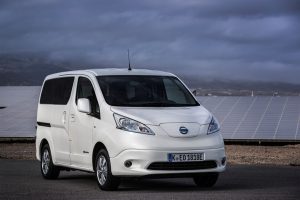 Amanda Brandon, Director of Fleet Services for the British Vehicle Renting and Leasing Association, acknowledged the issues. “The lack of availability of suitable electric vehicles, inadequate charging infrastructure and significant up-front cost differential are all factors affecting the uptake of electric in the CV sector,” she said, echoing industry bosses who bemoan the slow roll-out of chargers and tax incentives. “In the van sector, the consensus of opinion is that the future is electric, but this transition will not happen overnight until the issues of availability, affordability and access to charging facilities are resolved.”

It remains to be seen how firms like EPC and MPD will be affected by the expansion of London’s ULEZ and the creation of low-emission zones in cities like Bristol and Oxford. One thing’s for sure, though – it’s unlikely the commercial vehicle parc will look the same in 10 years time.