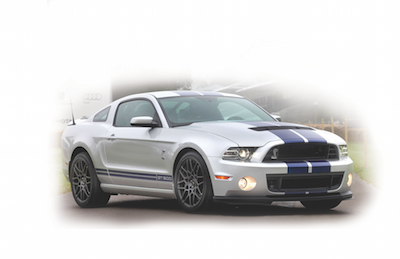 There was a fashion for retro-styled cars at the turn of the century. For example, you’ll remember cars such as the Mini, Rover 75, Jaguar S-Type and the PT Cruiser. Perhaps the coolest looking of the lot was the 2005 model year Mustang. It was the much-needed replacement for the SN95, which was itself a re-skin of the third generation built on the ‘Fox’ platform that spanned back to 1978.

Apart from the styling, buyers loved the traditional front-engine rear-drive layout, although reviewers noted that the live axle coupled with thin interior plastics made the car feel unrefined and tiring to drive. The normally aspirated V6 or V8 engine line up felt pretty old fashioned by modern standards too.

The car wasn’t officially sold in the UK, so the majority on the roads have been imported used from the USA and other countries. Ford never made a RHD S197, although there are a few out there that have been converted, notably for the Australian market.

IGNITION
Strangely, it seems that the spark plugs fitted at the factory on early cars were prone to breaking on removal. The plugs in question are Motorcraft PZT 2FE featuring an unusual two- piece design. Website aa1car. com explains that the crimped lower electrode shell that becomes coated with carbon, causing it to stick in the cylinder head. Rust and corrosion on the lower plug shell can also cause it to stick. When you attempt to unscrew the plug, the lower shell can twist off and get stuck in the head. If you are going to be looking after a number of these vehicles it might be worthwhile investing in a small tool that has been developed to extract it. Snap-On produce one in the US, if you ask your local rep, they should be able to order it for you. Once you’ve got the Motorcraft plugs out, don’t refit like-for-like. Use one piece items (NGK, Denso, Bosch and Champion all produce good quality plugs that won’t break). 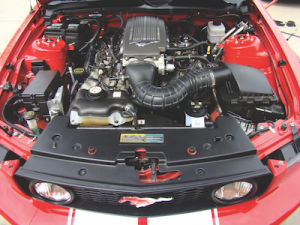 If you have a customer who brings you a newly- acquired V6 and complains that it is sluggish, then he is probably right, but that’s how these cars are designed. In standard form the 4.0 V6 (which is not dissimilar to the Cologne unit you might remember in the Capri) is not as sprightly as the on-paper figures suggest. Unlike earlier versions of this engine, the 4.0 is of SOHC design with a jackshaft in place of a camshaft to drive a timing chain to each cylinder head. 2011-on V6 models used the far more modern Duratec V6 engine. It is more likely that cars you encounter have a version of the venerable Ford V8. These mills are tough and straightforward to service (other than the aforementioned issue with two-piece spark plugs). However, access is a little tight.
    
 GEARCHANGE

Unusually for an American car, the sporty Mustang is often specified with five on the floor.

The gearbox is not a problem in itself, but many used examples feel loose and notchy. This is easily sorted as it is usually down to worn bushes, bent linkage etc. However, the problem is symptomatic of an example that has been thrashed: bear this in mind if you are preparing it for resale.

 SUSPENSION
Cart springs and a live axle were old hat when the marquee was first introduced in 1964, so it is perhaps not surprising that 40 years later Ford scored a fair amount of flak from the motoring press for continuing to use them instead of indepen

As with all imported LHD cars, the lights need to be converted before the car can be registered in the UK. As with most cars imported from outside of the EU, the vehicle will have needed to go through an SVA test before it can be registered. There’s a number of specialists that can help with this, but as it is always a DIY job, the results can be patchy.

Like most American cars, the S197 benefitted from various year-on- year changes, and as you might expect from Ford, the options list was as long as your arm.

INTERIOR
Suffice it to say that 2005-2008 cars had fairly rattly interiors, where later models enjoyed a notable improvement in fit and finish. Standard stereo systems were pretty good, though most customers ticked the option of a ‘shaker’ sound system. If your customer’s goal is just to listen to the Archers, they might be disappointed as US radios only tune on ‘odd’ FM frequencies (94.3, 94.5, 94.7 etc). There’s also no RDS/TP or TA etc. As the dash supports a standard double DIN, your customer might prefer to update the head unit to a modern touchscreen model.

SERVICING
US-market cars are designed to be serviced every few months and don’t demand the high- performance oils that we are used to writing about. That said, the V6 and V8 in the 2005 cars are designed for a thin 5w-20 oil which can be hard to come by in the UK. Several of the Mustang owner’s forums show that many owners use a cheaper and more commonly available 5w-30.

ROTATING
Diode pack failure in the alternator is relatively common, and as it is not an off-the-shelf part you would be best advised to have the customer’s existing unit rebuilt. Fortunately there are a number of specialists such as Autoelectro that will be prepared to undertake this
for you. 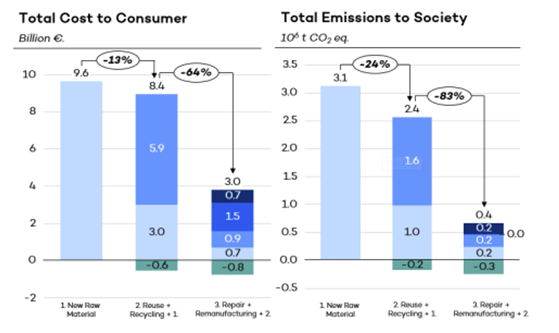