Just 58 percent of independent garages are using a website to promote their business, a study by the Independent Garage Association has found. 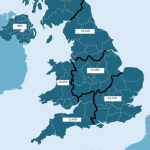 The report, says the IGA. shows that while the aftermarket is slowly beginning to take advantage of online business the uptake is still slow. The survey of over 2000 IGA members across the UK has found that Wales has the lowest percentage of garages using websites, with just 39.5% of businesses saying they used online methods.

The region with the highest numbers of respondents online was Northern Ireland with 80% although it is worth remembering that this result may be skewed by the numbers of IGA members in that area.

Among the highest regions with garages using websites was Buckinghamshire at 85%, Berkshire at 77% and Hampshire at 75%.

Commenting on the findings Director of the IGA Stuart James said: â€œRecent statistics indicate that consumers are using the internet as a reliable tool to research which garage they will next use. With the increased use of internet marketing by businesses and sites such as Facebook and Twitter being used as advertising tools, it is more important than ever that independent garages move into the technological age.

â€œBy modernising the way they portray themselves to customers, independent garages can begin to move away from more old fashioned practices to ensure they stay competitive.”

James said that based on these findings the IGA is going to start offering a new service to its members, allowing businesses to have a professional website built for them. The only costs the business will incur, says James, will be for the hosting and website domain name.

For more information and a complete guide on setting up your own website see CAT’s Summer Garage Supplement, out soon.