In many cases, the injector and pump are not the cause but the victim of the piece. 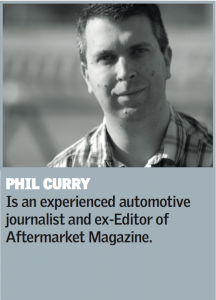 The fuel system market is growing, with a recent report citing continued growth globally to 2022. Europe is the second largest market for fuel injectors, partially due to improving economic conditions and tougher emission standards, which is expected to grow the market further.

These emissions standards are at the forefront of manufacturers minds and therefore the onus is on their suppliers to develop products that keep vehicles running efficiently. This has put pressure on the fuel system, which is constantly developing to keep up with the demands of the modern world, and forcing the aftermarket to keep up with innovation, causing problems when it comes to identifying faulty units.

FINE TOLERANCES
Petrol and diesel injectors are intricate parts, with holes around 50 microns wide. To put this into perspective, the human hair is around 100 microns wide, which really highlights the tolerances they’re put under. Any form of dirt or grime pulled through the system from the tank or lines could cause issues. As fuel has to be injected at high pressure, a reduction of 8-10% efficiency could cause a misfire due to a leaner fuel mixture.

Yet a number of fuel system parts can be replaced when they are not the main cause of any issues. The injector is the point that can be observed when a problem is being diagnosed, meaning if there is a report of low fuel pressure, some garages can believe the injector is the issue, leading to a replacement that is not necessary, especially if the original issue remains.

Julian Goulding, UK Marketing Manager at Delphi explains: “The problem causing a loss of pressure could be further down the chain. For example, the pump may have an issue, may not be generating enough pressure, or in terms of diesel, it could be contamination in the rail. It is important that garages therefore carry out a full diagnostic of the system before replacing the injector, then that will resolve the problem. Where the problem becomes visible, may not be the root cause.

“Our distributors see a lot of parts that are returned due to the fact that they have failed early, and this is down to the fact that the original issue has not been rectified, damaging new parts much quicker. It may be a simple flush of the system that is required, but with a set of injectors costing £800 to £1,000 it can be costly to a garage if the part is misfitted or not required.

Garages must also play their part in ensuring injectors and pumps are not damaged or contaminated during fitting,” Goulding continues. “The areas where such components are stored and worked on need to be clean, torque settings must be adhered to and care must be taken, after all, especially in the case of diesel, the fuel system is a high-pressure system.”

Karl Horton, Warranty and Technical Manager at Carwood, believes there are other reasons as to why a number of units returned are not faulty:

“From injectors being returned to us, we have a three percent return rate on our remanufactured products,” he comments. “Of this, around 1.2% is accepted as we recycle a lot of products in our remanufacturing facility. The remainder is returned either due to contamination or incorrect fitting, or there is no fault found with the unit. What customers do with the products can depend on the level of training on the fitment of these items. We find that some garages are fitting injectors and pumps as a process of elimination, and we return these once we have tested them to see if they are working or not.

“One thing we have also found is that customers are not programming injectors properly. Automatically they then think that the problem is with the product rather than what they are doing. If you look back at vehicles from the 1980s compared with modern ones then there are big changes. A lot of injectors and pumps today are programmed and there are technicians that don’t carry these procedures out, expecting them to work rom the off. In many examples, that isn’t the case.”

UNDER PRESSURE
What then, could be the cause of fuel system issues? “The pump itself is a durable part within the fuel system and under good conditions ‘should’ last for the lifetime of the vehicle,” explains Chris Newey, Product Manager at Cambiare. “However, the fuel pump isn’t the only part of the fuel system that can experience problems which could result in a lack of fuel being delivered to the engine. Typical causes for low fuel pressure include a dirty fuel filter in which the fuel is being obstructed from flowing at the required pressure,incorrect tank venting in which the quantity of air coming into the fuel tank is insufficient to allow fuel to be withdrawn by the pump or restricted fuel lines in which the diameter of the fuel lines is insufficient to support the f low of fuel.”

“Damage during fitment is not an uncommon situation for fuel pumps and injectors. The most common issue we experience with ‘damage during fitment’ is broken fuel pipe connectors on the latest electric pumps. Whilst care should be taken when connecting and securing the pipes to ensure a tight seal, fitters should not over-tighten them as it can cause damage.

“Removal of old injectors can also be problematic. Over time, the O-Rings can harden and the cylinder head can corrode seizing the injector in place. Once removed, it important to ensure the fuel rail is free from any residual material to ensure the correct fitment of the new injectors and the new seals provided with the new injectors should always be used.”

HIGH LEVEL OF DETAIL
Ian Proctor, Diesel Product Manager at Bosch, adds: “We estimate that around 300,000 Bosch injectors are replaced in the UK every year and it is a part that is made up of very intricate pieces. Most injectors tend to see a lifespan of eight years, however the tolerances they are subjected to are great. Any contamination in the system can mean particles being pushed through the small injector holes which can cause wear, this can add to early failure of a component and is included in that high number of yearly injector replacements.

“When you take an injector apart, there are pieces inside that can easily become lost. For example, a garage may remove the injector and start to take it apart to clean it, before realising that the number of components within is greater than they realised. Without taking care, they may have already lost one of the tiny bearings that lie within, which will mean the entire unit will need to be replaced, or sent to a repair centre where an expert can examine it, at cost.”

DIRTY FUELLING
Which procedures should garages be undertaking to make sure of a correct diagnosis? Chris Newey of Cambiare adds: “Check the electrical circuits to ensure connections are in place, undamaged and in particular, free from rust.

A common theme is that of contamination in the system, which throws garages off the scent when diagnosing fuelling problems. Cleaners can therefore play their part in repair, sometimes before the idea of replacing the injector or pump should come into question.

Carl Ebanks, Brand Manager at Redex, comments: “Not so much contamination but dirt deposits from the fuel builds up on the fuel injectors, which alters the spray pattern and dosage so they become less efficient, making the car overall less efficient. Fuel System cleaners reduce emissions, clean up the dirt deposits in the fuel system, improve engine performance and save fuel. Cleaners stop dirt deposits building up on them, but do not prevent issues in the case of mechanical breakdown.”

As such an expensive and mechanical piece of the vehicle, diagnosing the problem in a fuel system is only part of the job and taking time to explore and rectify potential problems could save much future hassle. Parts are delicate and care is required, while attention is mandatory.