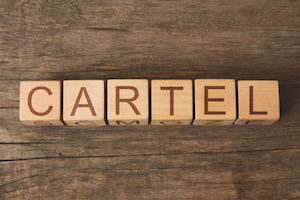 The European Commission is to investigate several German VMs including BMW, Porsche, Daimler and VAG group over claims that the brands formed a ‘cartel’ to fix the price of a number of components from suppliers – including parts relating to the emissions systems.

An interesting detail is the allegation that the VMs colluded to deliberately make AdBlue tanks to be small in size, although it is not yet clear if there could be any competitive advantage in this detail as the effectiveness of the system is not affected by the size of the tank.

VW has confirmed that it has held a board meeting about the issue, but has declined to give any further details.
The OE parts industry has been hit with a number of cartel fines in recent years, with some bearing and A/C hardware manufacturers admitting their part.

Business magazine, Forbes has speculated that the latest scandal could turn into a ‘rat out race’ between VMs, as each might want to become a whistle-blower in order to escape the largest fine. This is backed up by cartel meeting minutes, apparently seen by Germany’s Der Spiegel newspaper which suggested that Daimler may have been cooperating with the authorities since 2014.