GSF is set to extend its two-wheeled delivery fleet 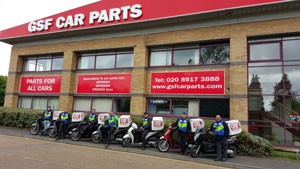 GSF Car Parts is set to extend its motorcycle fleet after completing a successful trial period.

The two-wheeled trial began in May 2014, with six scooters operating in London delivering stock to garages in urban areas. On the back of how successful this system proved to be, the concept had been rolled out to other areas across the UK, including Birmingham and the South West.

Each scooter used in the trial was decked out with a GSF liveried top box and was capable of visiting between four and six garages per round, with a majority of parts and servicing kits on board. 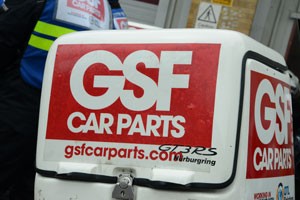 “The novelty of the bikes, combined with drivers’ professional GSF-branded high visibility vests, has improved brand awareness as well.”

The factor chain also hopes to test and include electric bikes into its fleet, as two-wheeled vehicle drops become more popular, as it stands the firm is keen to roll out the new vehicles, with its Tottenham branch already rapidly approaching a 50-50 split between vans and bikes delivering parts to its garage customers.