Retail chain Halfords has published interim results for 2018. This will be the first set of results released since CEO Jill McDonald finished working out her notice at the end of October.

The group published modest growth in most areas, during what it described as ‘challenging conditions’, citing the weak pound and disappointing summer weather as reasons for gross margin to be weaker than it could be.

Like-for-like sales in car accessories were down two percent, which the group blamed on the continuing slide in the sale of sat-navs (which now make up around three percent of accessory sales, down from a high of 20 percent). The results were offset to some extent by the continued growth in dashcam sales.

The number of pushbikes sold was lower than the previous period, but the sector still recorded growth as the bikes had a higher average price, helped in no small part by the increase in popularity of e-bikes, which are now available across the chain’s network. The report also mentioned that two new Cycle Republic stores opened during the period. 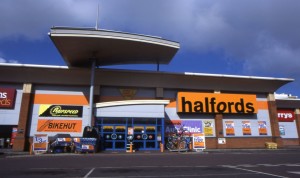 Jonny Mason, Chief Financial Officer & Interim Chief Executive Officer, commented: “It is pleasing to report positive sales growth for this period, despite the poorer summer weather and the uncertainty in the UK economy. We are also pleased with our profit performance in the half, as we offset a large part of the (circa) £15m increase in costs that resulted from the impact of the weaker pound. Looking ahead, we have strong plans both in-store and online for the Cyber, Christmas and winter peaks.”

Ex-Dixons Carphone boss, Graham Stapleton has been hired as the new CEO and is expected to start in January.