Have you heard the one about CAT buying QH? 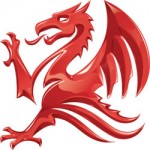 Now that Klarius has entered into administration, the grapevine is alight with all of the possible consolidations and purchases, however.

Since Klarius sold QH Netherlands to Sator Holdings last September, it is actually vicariously connected to Unipart through H2 Equity.

There’s no news on Unipart buying QH for the moment, however, or, for that matter Tetrosyl or FPS moving in for the brand.

Unipart continues to feature in rumours involving Tetrosyl or that it will be bought by ECP. Some put that purchase as happening in the next five to six days, but there is no comment from ECP on that front.

Then there are the murmurings about HgCapital, its continued investment and its ability to buy Andrew Page outright, and suggestions of a merger between PDP and IFA.

It’s all go. Watch this space, but don’t hold your breath for news of CAT and QH.