How to keep your HR happy 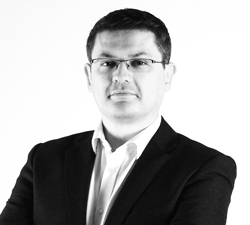 Ask someone that runs a business if their employees have more legal rights than the company does and the chances are they’ll tell you that they certainly have.

Ask the employee the same question and you’re almost certain to be told that the real power lies with business (and it doesn’t have to be big business, either).

That both sides think the other has the upper hand doesn’t really help when it comes to disputes. Both parties will tend to start off on the defensive and have grave suspicions about what the other is up to.

Is the balance struck fairly between business and its employees?

Ben Thornber, a Partner in the Employment Group at SGH Martineau LLP, can understand why businesses may feel they are hard done by, but thinks the legislation is pretty fair on the whole.

“I don’t think that there’s anything wrong with the way legislation is drafted. The laws aren’t that contentious, really. Everybody agrees you can’t discriminate and everybody agrees that you can’t just walk up to someone and sack them.

“It’s how the legislation gets applied, and all too often it comes down to the process.

“Even if there’s just something slightly wrong then very often that means the dismissal could be considered unfair. The employer has to justify every aspect that they do.

“A classic case is where people are considered poor performers, or they’re just not liked, and the excuse of a disciplinary process is used to get rid of them.

“The main problem is that they often haven’t been managed properly. You don’t have to go through a laborious process, you just have to let staff know where they are.

“If you don’t think they’re doing well, tell them, and tell them what they need to do to get it right.”

If Thornber had a magic legal wand he would introduce a sliding scale for compensation payments in disputes with employees based on the seriousness of any errors that may have been made by the company rather than the salary of the aggrieved worker.

He concedes that this is never likely to happen, but the good news for businesses is that Government thinks they deserve a break with some significant changes introduced and on the way.

Firstly there was the doubling in the length of service required for an employee to benefit from unfair dismissal legislation, from one to two years.

A more recent and significant change came into effect on July 29 this year and introduces fees of up to £1180 for employees wishing to bring tribunal cases.

Before this date any employee could launch a tribunal claim which, even if it had no real basis or cause to be heard, could significantly impact on managerial resource, costs and moral amongst co-workers.

Thornber believes this will have a significant impact. “I think it will put a lot of people off, it’s quite a lot of money to put up front. It’s much higher than County Court fees for other types of claim.

The vast majority of disputes never reach a tribunal, and the number is steadily falling, but the Government wants the figure as low as possible.

Repayment of the fees to a successful claimant is at the discretion of the tribunal, but it is thought that this will be awarded in the majority of cases.

A third change is that the maximum awards to employees in successful claims has also been capped at 12 months salary or £74,200, whichever is lower, but it is worth bearing in mind that the usual payout is between six and 12 months. In some circumstances payouts can be higher – there was one of £173,408 for unfair dismissal in 2011/2012 – but the average was just £9133.

Fourthly, from early next year employees will have to undergo conciliation before they can lodge a tribunal claim.

Unveiling the plans, Employment Minister Joe Swinson said: “Tribunals should be the last resort not the first port of call.”

It would certainly be in everyone’s interests to avoid tribunals. Besides any payouts, a tribunal costs, on average, £3700 for a company to cover and involves a considerable amount of stress on both sides.

Thornber says: “If you have formal grievance proceedings the positions can get entrenched. The more formal you make something, the more likely you are to get stuck in position. It gets very expensive and complicated. It takes up a huge amount of management time.

“There’s an inherent tension there, and it can be very difficult, but a lot of it is practical common sense and not burying your head in the sand.

“Sometimes you might have a manager that doesn’t want to talk to you, but there’s a responsibility on both sides to sort out a problem. I also see a lot of occasions where employees are unhappy and just wallow in it, rather than try to address the problems or sort things out.

“The law can only take things so far. A lot of it is down to people and personalities.”

It might seem strange to hear a lawyer counsel against a process which could pays his wages, but the truth is that communication between a company and its employees is the best way to avoid and solve disputes.

Confidential information and how to protect it

The vast majority of employers ensure that clauses are inserted in their employees’ contracts that impose this as an express obligation that endures after the employment relationship ends. Such express clauses are often widely drafted to ensure the employer has greater protection than would be implied in law.

What constitutes “confidential information” is often widely defined in the contract of employment but generally includes any information given in confidence, whether formally or informally.

Combined with restrictive covenants in the contract of employment, a well-drafted confidentiality clause should be able protect the legitimate interests of a business.

Employment law changes due in 2013

The coalition government is changing employment laws and one of the most high profile changes made so far is the increase in the length of service (from one to two years) required by an employee to be protected against unfair dismissal. But there are further changes on the way.

A long established method of settling employment disputes outside of legal proceedings is under a ‘compromise agreement’ where employees waive their right to take legal action against the employer in return for a payment. The government wants to encourage the wider use of these agreements and has rebranded them as ‘settlement agreements’.

The second change, from July 29 this year gives both sides greater freedom to pursue settlement outside of legal proceedings by ensuring that pre-termination negotiations about settlement cannot be used in evidence in any claim brought by the employee. However, the change will only apply in unfair dismissal disputes.

Another change, also from 29 July 2013, is the system of fees for bringing claims in the employment tribunal as widely discussed in the remainder of this feature.

It’s important for businesses to be able to stop employees from leaving and competing. One method is to ensure that contracts of employment contain what is known as a “garden leave” clause. This clause will give the business the power to require the employee to stay away from the business during all or part of their notice period.

“Restrictive covenants” in an employment contract can restrict the activities of an employee even after they leave the business. Covenants can be in the form of a “non-solicitation clause” that can prevent former employees from poaching (or soliciting) the business’ clients or employees; a “non–dealing clause” that seeks to prevent former employees from doing business with any of the business’ clients/customers or suppliers; or a “non-compete clause”, which aims to prevent a former employee from working for any competitor (or starting up their own competing firm) altogether.

Restrictive covenants will only be enforceable if they are no more restrictive than is necessary. This means that the courts will give careful consideration to a number of factors, including the period of time the clause is seeking to protect, the geographical area that concerns the business and the seniority of the employee.

A contract of employment will be in place from when you accept an unconditional offer of employment. There is no legal obligation for your employer to provide you with a written contract, but employers are under a duty to give a written statement of employment particulars. This sets out the fundamental terms of your contract such as the names of the employer and employee, brief job description and hours of work along with other key terms of the employment relationship.

If your employer fails to provide the written statement then you may be able to obtain an award of up to four weeks pay for compensation from the Employment Tribunal.

Any variation of the contract needs to be agreed by both parties. However, if a contract includes a carefully drafted flexibility clause an employer can make changes without further consent.

A breach of contract occurs where either party breaks an express or implied term of it. Your breach can lead to immediate dismissal. An employer’s breach could land them in the Employment Tribunal.