IAAF PRIMES ITSELF FOR AN ACTIVE 2014 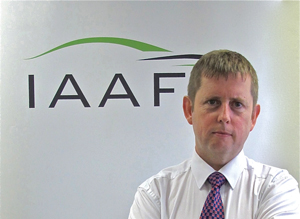 The Independent Automotive Aftermarket Federation has issued a rallying call for businesses to get behind the organisation ahead of an active 2014.

The call came from President Graham Knight following the organisation’s annual general meeting where he said that the IAAF is ready and able to take on any challenges and embrace opportunities that face the aftermarket this year.

Despite the ambition of the IAAF, it needs more support from companies to promote and strengthen the work it does.

“Shouldn’t any mature, healthy business that takes profit from our industry be proud to be playing their part in supporting the IAAF?” said Knight.

He added that the ‘real heroes’ are firms that paid the membership not to utilise the membership benefits but to enable the IAAF to continue securing the independent aftermarket’s future.

With Wendy Williamson announced as the new Chief Executive, the IAAF is ready to build on the number of successes it had in 2013.

Including its response to BMW pushing the blame onto the independent aftermarket for timing belt failures on the N47 engine, and Honda’s radio campaign suggesting that only its dealerships can service Honda vehicles.

Along with ongoing battles to ensure the aftermarket can benefit from Digital Radio or not to be affected by the new EU Roadworthiness proposals.

Knight said: “The IAAF is run by a dedicated employed team and many willing volunteers from our industry. The IAAF is run by us, for us, looking after our interests, doing what as individuals we couldn’t do ourselves.”