IAAF URGES THE AFTERMARKET TO WORK TOGETHER OR RISK UNRAVELLING 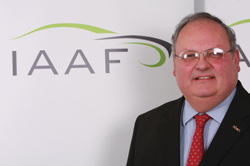 The Independent Automotive Aftermarket Federation has warned the sector it is at risk of unravelling.

Chief Executive Brian Spratt expressed his concern that the fighting in the sector over the matching quality debate will be to the detriment of the aftermarket.

Spratt said: “The industry is in danger of creating a divide that will have repercussions throughout the supply chain. The current issue of parts quality has seen suppliers failing to address the real heart of the matter.

“There is a risk of unravelling and undoing all the hard work the industry did in promoting its unity during the Right2Repair campaign and the current Right2Choose campaign.

“The IAAF has fought for years to protect the freedoms we have available to us under block exemption.

“A key freedom is that motorists don’t have to use franchised dealers for servicing and repair and that using the independent aftermarket will not invalidate their warranty, so long as parts used are of appropriate quality and recorded as such.”

Spratt believes there should be closer attention paid to the quality of parts that are called genuine OE parts, and urged the industry to work through the IAAF to squeeze unsuitable parts out of the market.

One area of concern for the IAAF is the change in definition by the BER, which currently states ‘matching the quality of parts used by dealers’, which Spratt believes makes it more difficult to assess.

He added: “IAAF and parts suppliers can tackle this issue together, promoting the case of parts quality and the exclusion of inferior and dangerous replacement parts from our industry.”

The assessment of quality parts was a hot topic during the IAAF conference last year, and is expected to be centre stage again.

The issue discussed in depth at 2012’s conference saw Spratt explain to the garage and motor factors the difference between various part terms, as outlined by the block exemption.

As a result of the debate the IAAF aimed to ease its members concerns by identifying suppliers who wanted to prove its OE or matching quality credentials through a comprehensive assessment to earn self certification to substantiate its claims.