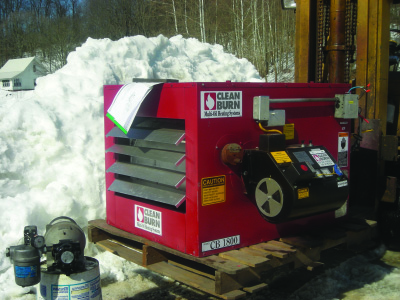 Director of the Independent Garage Association (IGA) Stuart James, will be teaming up with the Garage Equipment Association (GEA) Chief Executive Dave Garratt, in an attempt to challenge the changes to the guidance of the Environmental Permitting (England & Wales) Regulations 2010.

Both James and Garratt believe the impact analysis carried out didn’t fit the current economic model of waste oil collection given the recent devaluation of oil prices. Stuart James responded: “The revisions to guidance will make it uneconomical to use a small waste oil burner (SWOB) for the purpose it was intended as it significantly increases the costs for small garages. This will inevitably be passed on to consumers through higher labour rates”.

The legislation will come into effect from April and will effectively eradicate the use of SWOBS. The changes remove the exemption from the Waste Incineration Directive for SWOBS and requires garages to pay a permit of £3,218 on top off annual fees costing £1,384. There will also be further costs for monitoring and reporting requirements under the SWOBS permit.

By March 31st, current operators of SWOBS will either have to apply for a new permit to continue burning waste oil or ‘surrender the permit’ if they intend to use non-waste oil fuels or installing an alternative method of space heating that doesn’t require the burning of waste oil.

Garratt said: “We do not believe that it is appropriate and proportional to treat a 0.05MW SWOB in the same way as a 50MW industrial process. The revised guidance takes no account of the high levels of technology in modern SWOBS, which makes it far better for the environment to burn waste oil on site than to store and transport it by road to an industrial incinerator”.

James and Garratt will be meeting up with Rory Stewart, Parliamentary Under Secretary of State for Environment and Rural Affairs, in early March to discuss their concerns.