The Independent Garage Association (IGA) is the latest trade association to have written to the Secretary of State for Transport, Grant Shapps, urging him to end the six-month MOT extension put in place on 30 March 2020.

Other trade bodies including SMMT and IAAF have already taken a similar step to express their concern.

Stuart James, IGA Chief Executive states: “Now that the public are being encouraged to go back to work and avoid using public transport where possible, the time is right to stop the MOT extension.

“With approximately one third of cars failing their initial MOT, millions of faults will be left un-rectified if the full six-month extension goes ahead. Small defects that would have been found in the MOT test will worsen, not only leading to an increase in the number of dangerous cars on the road, but an increase in future repair costs for vehicle owners too.

“Leaving vehicles unchecked also puts motorists at risk of prosecution for driving an unsafe vehicle when it has been exempted from MOT testing. For example, 580,000 vehicles will have illegal tyres today, which will rise by another 290,000 by the end of the MOT extension. These drivers face a fine of up to £2,500 for each tyre and three penalty points. This is a simple defect which could have been easily rectified if an inspection was carried out, but could now cost the driver dearly and put themselves and others at risk.

“Stopping the MOT extension without delay will ensure that many more cars are roadworthy, and another major step will be taken in helping the UK economy recover” James concluded. 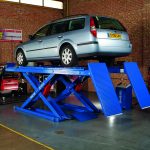