Skill Auto competition set to be more challenging for 2015 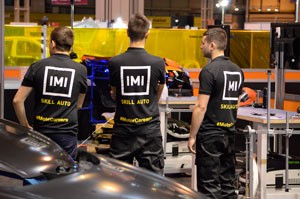 The Institute of the Motor Industry has announced a closer tie up with WorldSkills UK to make the Skill Auto competition more challenging and rewarding for participants for 2015.

This year for the first time will see the competition become part of the selection process for WorldSkill squad, which will allow finalists to compete for a chance to represent the UK team out in Abu Dhabi in 2017.

The IMI Competition Manager Davie Massie, said: “It’s very exciting that our competition is now an integral part of WorldSkills squad selections for the first time. For this reason we have had to realign some of what we do and raise the standard significantly; something we were working towards anyway but certainly doesn’t come without its challenges.

“Ultimately it means the apprentices who take part in the competition will have more to fight for than ever in the highest profile Skill Auto to date.”

The search for the UK’s best young automotive apprentices is set to commence on the February 9, with young technicians able to compete in three categories; Autobody, Autorefinishing and Autotech for a place in the final, which takes place at the Skills Show in November.

Apprentices looking to take part in Skill Auto 2015 have until 20 March to complete their online application and assessment, before being selected for live heats, at www.autocity.org.uk/skillauto.