Independent garages beating franchises at their own games 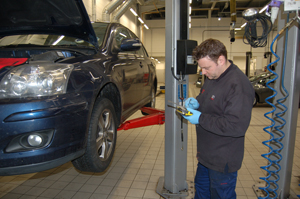 Independent garages are breaking the notion that only franchised dealerships are associated with deliver high standards of customer service and repairs, says Approved Garages.

Network Manager Phil Seymour said that it came as no surprise that the Motor Codes 2014 report showed motorists favouring independent workshops over their franchised counterparts.

Consistency has been key to the independent sector excelling in areas deemed to be franchised dealerships strengths.

Seymour said: “From the 16,613 respondents that used an independent garage, rated the quality of the service and repair at a whopping 98 percent.

“This figure is no exception to the rule however, because it has achieved this rate for the last four years, up from 97 percent in 2009, despite the number of respondents growing substantially every year.

“Moreover, when asked to rate their customer service, independents increased their lead over franchised dealerships with a score of 98 percent, which has remained its benchmark level since the survey began in 2009.”

The figures show over that same period of time that the franchised dealerships scores have fluctuated, with them peaking at 96 percent for service and repair and 95 percent for customer satisfaction, while recording lows of 84 percent and 83 percent respectively, in 2009.

Seymour added it posed a pertinent question to the aftermarket why so many vehicles under warranty continue to be serviced by franchises. He also insisted that independent garages who are members of Motor Codes need to press home their advantage by communicating their high levels of consistency to their customers.