Induction Innovations, Inc. announces the launch of Venom™: the third generation of the legendary Mini-Ductor® handheld induction heater. The 230V version will be released to the UK aftermarket later in 2016. 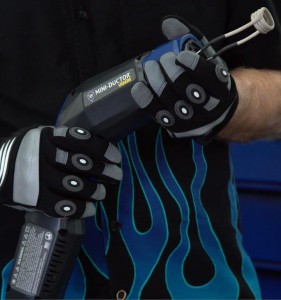 As with its predecessor the Mini-Ductor® II, Venom™ generates Invisible Heat® to release ferrous and some non-ferrous metals from corrosion and thread lock compounds without the dangers of open flame and up to 90% faster – ¾” nuts are turned red hot in less than 15 seconds.

Venom™ also includes the following enhancements over the Mini-Ductor® II:

The Mini-Ductor® Venom™ includes the following:

Venom uses include removing/releasing the following:

A New Evolution of Induction Heating

“Venom™ is a new evolution of the Mini-Ductor® Series, which has been the leading hand-held induction heater on the market since it was launched in 2004,” said Tom Gough, President of Induction Innovations. “Venom’s feature set allows users to repair vehicles and equipment faster, safer and more profitably, and to salvage parts normally discarded.”