INDUSTRY RESPONDS AS CALLS FOR ‘OUTDATED’ MOT TO BE SCRAPPED 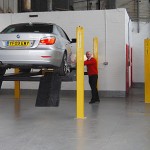 The Adam Smith Institute (ASI), a UK ‘think tank’ has released a report suggesting the MOT is outdated and should be abolished.

Following the results of the government’s 4-1-1 consultation earlier this year, the institute researched the annual test to establish its place in today’s society. From its findings, it believes the practice is outdated, stemming from the widespread use of ‘unsafe’ vehicles in the 1950s, and calling reforms over the years; “burdens on drivers due to unsubstantiated assumptions that inspections increase safety.”

The institute’s research suggests that just 2% of all vehicle accidents in the UK are down to mechanical failures, whereas 65% are driver-related, although the latter figure is based on a report written nearly a decade ago. It believes that due to modern safety requirements built into vehicles, both material and technological, the MOT is now irrelevant, and scrapping it would allow for more focus on driver training to prevent accidents.

Drawing comparison with states in the USA that have removed the requirement for periodic testing, the report suggests that the number of mechanical-related accidents did not change from levels when such inspections were mandatory. Therefore, it states that MOT testing is irrelevant, although there is only conjecture that the numbers would not have dropped had testing remained in place.

Referencing the government’s 4-1-1 consultation results, which were published in January, the ASI report states: “The proposal was rejected in part because public consultation suggested that the safety risk outweighed [any] potential saving. Numerous groups spoke out against the proposed change and the supposed safety risk it would entail; however, each of the proposal’s opponents relied entirely on conjecture and extrapolation to justify these claims.”

In its conclusion, the paper surmises: “By continuing inspection programs like the MOT, the United Kingdom places an overly burdensome weight on its drivers to care for their vehicles while overlooking the more serious drivers of roadway fatalities and injuries: the drivers themselves. Even if the program cannot be abolished completely, the MOT program ought to, at a minimum, be seriously overhauled to be less restrictive and wasteful, and to focus on driver behaviour rather than vehicle status.”

Retaliating to the findings, Stuart James, IGA Director commented: “The fact that the UK has one of the best road safety records in the developed world is a testament to the quality of the MOT test.

“The report states that the average repair cost to get a car through its MOT is £143. This indicates that a large number of vehicles are unroadworthy. Every fatality is one too many, and for an average price of £33, the peace of mind that this brings can only be perceived as outstanding value for money.”

Speaking on Twitter, AA President Edmund King added: “What absolute rubbish. In all our polls drivers actually appreciate the importance of the MOT. Going by a number of cars I saw tonight with lights not working, we need MOTs.”