Is the parts sector revelling in the classic car boom? 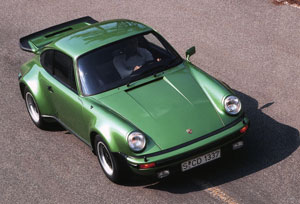 August 2014 was a defining moment as $38.1m swapped hands at Bonhams for a 1962 Ferrari 250 GTO Berlinetta, making it the most expensive car to be sold at auction.
As expected, this trend has continued to envelop the classic car market with certain models selling far in excess of their price a few years ago, such as the Porsche 993 911 GT2 which fetched a cool $1m at auction earlier this year.
FPS says that figures show that two percent of the car parc or around 700,000 cars are deemed as ‘classics’ and that there is profit to be made by the aftermarket in this sector.
Some believe that the sudden rise in demand and the price boom has coincided with the end of the last recession as Toby Brooks, Owner of The Figaro Shop, explains:
“Some markets have gone up more than others, and there are people who definitely want to buy these vehicles. I follow the auctions to see if the price is going up, and some of the prices are just incredible, they are almost double what they were the year before.”
Meanwhile Karl Chopra, Managing Director at Design 911, added: “The classic car market has gone through the roof, and there are people who are spending money on their car making it pristine, because they know the price will go through the roof.”
He adds that as the cost continues to rise and price people out of the market, other marques and models could soon follow:
“It may well be a case of I could never afford a 911 so I will buy a 924 or a 944, and then the price does start to come up. As some of those cars start to get out of reach, some people aren’t going to be able to afford one anymore and look for other alternatives.” 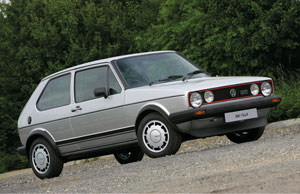 While the interest in classic cars has continued to increase across the board, could the same be said for the classic spare parts industry?
Milltek and Bilstein certainly believe there is a growing market for classic and retro car references, as the German suspension supplier has reinstated a number of old part numbers as it has seen demand grow, especially for certain VW models.
Aaron Quilter, Aftermarket Manager at ThyssenKrupp Bilstein, said: “The underlying requirement we have seen seems to be quality first and price second. Older, more discerning owners seem to want the best for their car, rather than the least expensive.”
Milltek has recently released a Classic-line of exhaust references, which have been designed for cars such as the Audi Quattro, Peugeot 205 GTi and the BMW E30, using the firms latest exhaust technology. This new line has already proven popular as all the early production runs have sold out within days.
When it comes to stocking replacement parts, most would agree it is logical to store parts for popular models, like the Porsche 911 and Morris Minor, but Autoelectro says it has noticed a growing interest for other ‘classics’ such as the Rover SD1 and the Ford Cortina, although being able to supply those parts is becoming more challenging.
Managing Director Tony Bhogal said: “We have been able to supply most applications, but good old core to remanufacture is becoming scarce as are parts for the starters and alternators.” 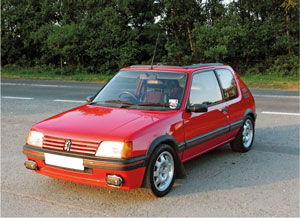 Not everybody has seen sales of older references and part numbers soar in recent times as Federal-Mogul’s Regional Marketing Manager Jonathan Allen says the company hasn’t seen any significant sales opportunities generated from the classic car boom, adding:
“There is an extended period of parts sales for certain models where those vehicles do not drop out of the circulating vehicle parc in the same way similar aged vehicles without the enthusiast appeal do. Analysis shows that sales decline steadily as the vehicles age up to around 16 years and then flatten out to satisfy the potential ‘classic’ market.”
While Paul Alder, Gasoline and Comfort Electronics Specialist at Bosch, says old lines will only ever be reinstated provided it is commercially viable to do so.
“Even where vehicle residual values are high, some tough decisions have to be made. Where this is not feasible, we may decide to do a ‘one time’ production run to provide enough stock to cover future demand.
“A major hurdle in continuing the supply of some parts is that much of the technology used is now obsolete, making the feasibility to offer certain parts a difficult one.”
It appears that although the classic car market is booming and some suppliers are witnessing a renaissance, others are not, and although there is a market there, it looks like enthusiasts and garages will still need to look further afield to source certain parts. We would love to hear your thoughts on whether the classic car parts market is booming or not.