Digital tax will be taxing 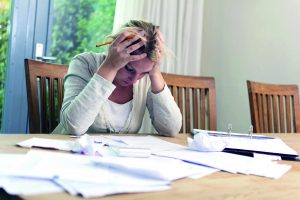 By the end of March 2019, some one million UK businesses will need to have prepared for what many consider to be the biggest change for years in how they deal with HMRC. Despite what some may think, this has nothing to do with Brexit.

The changes, which will affect every single transaction a firm makes, come from what HMRC calls Making Tax Digital – MTD. While HMRC thinks it’s the answer to everyone’s tax problems, the reality is that life is about to become very complex for business.

Jason Piper, senior manager for tax and business Law at the ACCA, an accounting body, says that MTD has been around five years since the then minister, David Gauke, announced bold plans for The Death Of The Tax Return, which became Making Tax Simple before finally settling on Making Tax Digital. Says Piper, “the underlying goal is to transform the whole UK tax system, both HMRC’s internal IT infrastructure and the way that taxpayers engage with it.”

It appears that by having taxpayers keep their records digitally, engaging with HMRC entirely online, everyone’s costs should be lowered, and avoidable errors will be minimised. But as Piper puts it, “as a utopian ideal the seamless transfer of information, with taxpayers able to see all their records in one place in real time, has clear attractions – but from the start, practical issues around the ability of taxpayers to adapt, especially in the suggested timescales reared their heads.” And there has been no shortage of commentators ready to remind HMRC of government’s record on large scale IT projects – MTD would be one of the biggest, and riskiest were it to go wrong, ever attempted.

Problems with the rollout have been compounded by unprecedented political developments such as the snap election and the Brexit referendum – both delayed the ability of civil servants to consult with stakeholders.

The result is that the initial plans to force virtually all businesses to keep their records for profits taxes digitally from 2018 were abandoned; now all but the barest bones of MTD have been put on hold to free up resource for Brexit. Nevertheless, firms will have much to worry about from next April.

From April 2019 HMRC will have MTD in place for VAT for all businesses above the compulsory registration threshold of £85,000. Income and Corporation Tax will follow at some point.

Of course, as Piper notes, MTD won’t apply to those businesses not (yet) registered for VAT – “even if they do subsequently register for VAT, they’ll be outside of the regime until 2020. Unfortunately, that doesn’t necessarily mean they can relax.”

So those who are VAT registered need to prepare – now.

For VAT, MTD subtly alters how the online filing works and makes a huge change to how businesses prepare for that submission. HMRC’s existing web portal will close for MTD filers and instead they’ll need to use specialist software to create and submit their return.

“But the biggest, unprecedented, change,” explains Piper, “is in how much control HMRC’s processes will have over how you run your business. Under online filing, you submit your VAT return to HMRC in their prescribed digital format so it’s easy for them to process. But you’re in control of how the records are kept that help you work out the nine numbers you need for the return. Under MTD, it’s not just how the nine figures reach HMRC that’s legally regulated; it’s how they’re calculated, and the format (electronic) of the records that support it which is laid down in law.” In essence, he says that every transaction will need to be recorded digitally (so on a spreadsheet or in accounting software) and those records have to automatically drive the return calculation. If you’re caught up in MTD, you’ll need to be online aware, or have a very accommodating accountant.

Piper outlines two situations where businesses can carry on as usual (for the short to medium term at least). One is if you are registered voluntarily for VAT: “If your annual turnover is below the threshold then operating the MTD regime will be optional, and you can continue filing via the portal.” Turnover has to be below, and stay below, that £85,000 limit from April 2019 though – as soon as turnover goes above the limit MTD obligations become compulsory, permanently. This means that even if turnover falls later on the requirement to keep recording everything digitally will stand unless deregistering entirely from VAT. “Firms can,” adds Piper,” voluntarily waive that exemption and operate full MTD processes. As long as turnover stays below £85,000 they can withdraw that waiver and go back to paper/online filing, from the end of the quarter they’re in.”

All of this means an extra headache for businesses with turnover hovering around £85,000 – one big transaction that might trigger compulsory registration. The rules are a minefield here.

The other route to staying outside MTD, according to Piper, “is to qualify for one of the existing exemptions from online filing for those who are digitally excluded or on grounds of religious belief. HMRC have said they will publish guidance on this in November 2018 and expect to have the application process ready by January 2019, but we can use the regulations and what we know about the current position to make some predictions.”

Piper says that it’s a myth that taxpayers can get religious exemption just by telling HMRC they’re a member of a tiny sect that shuns technology. The bar to clear is incredibly high and involves proving that the individual’s entire life revolves around their beliefs.

The other exemption he points to – digital exclusion – “is likely to get a lot messier for HMRC and for taxpayers. “At the moment, around 4,000 taxpayers are exempt from online filing ‘by reason of age, disability or geographical location’. That means they either can’t use a computer to meet HMRC’s requirements, or even if they could, they can’t get reliably online because there’s no internet connection at their place of business. The same legal test will apply for MTD.”

However, historically HMRC has taken a hard line leaving many businesses who couldn’t file online themselves to pay an accountant to fulfil the digital obligations. But there the difference ends he says: “Filing the nine figures of the return isn’t that expensive; paying a professional adviser to maintain the digital record of every single transaction would be a different story though, and that’s what MTD would require. The stakes are much higher this time for small businesses, and we expect far more to need to apply for exemption because paying someone else to do what’s needed just isn’t economic.”

Crucially Piper says that there’s an “any other reason” catch-all term built into the regulations and it’s possible that the tax Tribunals “would include the economic impact on the business of shifting to digital in that – so if the disruption would effectively bankrupt a business, that could be grounds for exemption.” Put bluntly, if claiming exclusion as a sole trader then it’s just the trader’s own circumstances that matter. For a partnership though, every single partner needs to be excluded. If just one could maintain digital records and file online then the partnership would be expected to. For a company it’s likely to be even more complicated to assess. 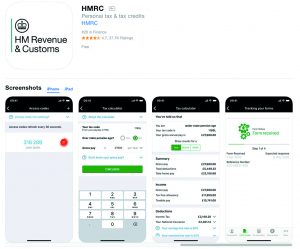 Piper says that the first step is to simply establish if HMRC expects MTD to apply, that is, the business is turning over more than £85,000 per year. “If so, start to prepare, or collect the evidence that you might not need to because you’ll be exempted.”

Next, if the business already uses an accounts software package then it will probably support MTD filing and record keeping – the key is to check without delay.

“If you don’t use any digital tools” says Piper, “then you’ll need to start, and quickly do your own research to find a suitable product.” He reckons that there will be an official HMRC tool, but government rules on commercial competition means that businesses might do better to search out resources that accountants use. Accountingweb.co.uk offers reviews on products.

Spreadsheets will still be fine for the basic record keeping Piper advises, “but you’ll still need access to a filing package as well, known as ‘bridging software’. In a variation on the current practice of phoning your accountant every three months with the nine figures, you could post them a USB stick, or email a spreadsheet with all your records (in the right format) once a quarter. Their software could do the rest, but it’s likely to cost more than the current equivalent.” Of course, doing this means that there’s scope for things to go wrong, and it will mean an accountant doing more which will be reflected in their bill.

The advice to those who think they might be, or should be, exempted, it to start gathering evidence. Once HMRC is accepting applications for exemption, get it in early taking advice from an accountant so that the application is correctly worded. And if rejected – appeal. Don’t ignore MTD as it’s not going away.