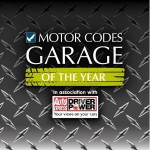 Motor Codes has announced the regional winners for its Garage of the Year Competition.

Among the finalists are CAT Large Garage of the Year winners ABP Motorsport and CAT Award nominee iAutoUK.

In no particular order, the regional winners for independent garages are:

Motor Codes Managing Director Chris Mason said: “This is about putting trustworthy garages in the shop window, giving their customers a way to show their appreciation and, importantly, ensuring that people don’t have to feel anxious about choosing a garage.  Even better for motorists, our results are a stark contrast to the findings released this month by Citizens Advice, which has clocked up a similar number of complaints about garages over the past year.”