Lorraine Woodhouse joins Halfords as Chief Financial Officer from posh supermarket Waitrose where she occupied the same role. Woodhouse will replace Jonny Mason, who is leaving Halfords on 31 July. She will not take up the new role until the beginning of November. It has been a period of leadership change as Halfords as Graham Stapleton has replaced Jill MacDonald as CEO.

Graham Darby joins ECCO Safety Group with over 30 years of experience in the auto-electrical industry. He has previously held several sales manager positions but has many years’ experience as an auto-electrician. Whilst at Ribblesdale Auto Electrics, he was involved in field sales throughout the North West. Lately he has been developing the OE & aftermarket business for Peterson Europe in the North of the UK, as well as Ireland.

Following an internal promotion, Salvatore Coniglio is now Export Director at German lubricant producer Liqui Moly. Coniglio’s appointment is likely to bring fresh ideas to the export business of the company as he observed in a statement how the international buying groups’ ‘blurring of boundaries in trade’ has an affect on ‘range creation and buying policy’.

Mark Brickhill takes the role of Group Chief Executive Officer at Klarius Group which covers Klarius Products, machine specialist KMT as well as the related tools and consumables business Emissco. Brickhill has management experience both in UK and across EMEA in both developed and emerging markets. His CV includes senior roles at Turtle Wax and Goodyear-Dunlop.. He has previously been the Chair of the National Tyre Manufacturers Association. 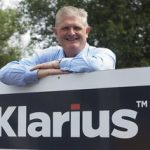 Trevor Hudson is appointed new Klarius Business Development Manager for Germany. A former German Linguist for Special Intelligence in the British Army, Hudson has spent recent years at referral channels Aklamio and TradeDoubler and prior to that a stint at factory management firm European Automation. He will explore new distribution channels for Klarius.

Geo-tagging firm Tracker has appointed Clive Wain as Head of Police Liaison. Bringing over 30 years of service in the police and a successful career as a Detective, Wain’s knowledge of organised crime and leading investigation teams for South Yorkshire Police will bring a useful insight to his new role.

MAM Software has announced Gary Copeland as its new head of VRM sales. Copeland will be responsible for the leadership and development of MAM’s vehicle registration number plate lookup business. Copeland is a well-respected figure within the parts aftermarket and insurance sectors. He has a wealth of experience with over 10 years in this industry, most recently as general sales manager at Carweb.

The PDP buying group has recruited Jim Mazza to it’s ranks in order to assist members with the group’s development. As detailed elsewhere in the issue, Mazza brings years of relevant experience to the role. Many readers will recognise him from his time at GroupAuto where he was Managing Director. He was previously a Director of plumbing and builders merchant Wolseley UK.