It’s a financial burden for all employers, but can the NMW be turned to your advantage?

Every few months HMRC publishes a list of those employers it finds underpaying employees the National Minimum Wage (NMW). The most recent list, published mid-August, was the largest ever and named 197 employers, 11 of which were in the automotive sector who collectively owed £17298.58 to 13 workers. And looking back to previous reports, there are plenty more in the sector who have been caught out – none will have welcomed HMRC’s attention, especially as they’re now on HMRC’s radar.

Judging by the size of the list it’s clear that employers have problems in either calculating NMW, understanding their obligations, or they assume that the rules don’t apply to them. With real pressure from the government and the media to have employees paid correctly, employers need to know the rules.

NATIONAL MINIMUM WAGE
NMW, called the National Living Wage (NLW) for those who are 25 or older, was introduced in 1999. It is a specified minimum hourly rate of pay to which anyone aged 16 or older is entitled. NMW is presently:

Lee Ashwood, a senior associate in the employment department of Eversheds, says that you would think that calculating NMW is simple – but it’s not. “To most the calculation would be total pay divided by the number of hours worked. Unfortunately, it is not that simple and this is often why employers inadvertently pay people less then NMW”.

BONUS
Basic salary, bonus, commission and other incentive payments based on performance, all count towards NMW as does, in some circumstances, an accommodation allowance. But there are a number of elements of pay that do not count including pension payments or benefits in kind such as private medical insurance or other benefits (except an accommodation allowance); any extra pay for overtime or shift work. Only the basic rate of pay is taken into consideration for overtime worked; expenses; and any allowances or payments that are not attributable to their performance and is not part of their basic salary, for example an additional element of pay that is for London-weighting or an on-call allowance.

The amount that is left is the total amount paid for the purposes of NMW.

Establishing how many hours the employee worked is not simple either and Ashwood says employers need to consider the time spent actually working, but not any rest or meal breaks during which the employee is not required to work (even if they voluntarily do some work during the break). “It’s also important to note standby or on-call time, but only if they are required to be available at or near their place of work should they 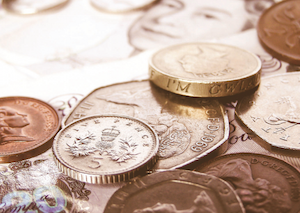 To stay out of HMRC’s reach, Ashwood firmly advises employers to note these relevant factors when calculating NMW. “Remember, NMW is not going away. As the government minister responsible for NMW, Margot James, recently said: “This government is determined to build an economy that works for everyone, not just the privileged few. That means making sure everyone gets paid the wages they are owed – including our new, higher, National Living Wage. So we’ll continue to crack down on those who ignore the law.”

Kevin Shortis, group chairman of the Shortis Group, a firm celebrating its 50th anniversary that has some 600 staff across nearly 100 sites, has very definite views on NMW – he’s decidedly against it.

The company operates motorist’s shops, fitting bays and motor factors with within the hour delivery – Shortis Group is very people intensive to the point that its wage bill makes up around 70% of its gross profit.

Shortis says that making a living is getting harder: “Cars now have, as standard, most of the things we used to sell. Service intervals have been extended and whereas a few years ago on a Sunday people would be out working on their cars now they don’t even wash them.” He says that the sector has oversupply issues – “few are making money, but we make a profit, just!”

“Pre-NMW there were some operations [pushing their luck] on pay but most businesses lost staff if they did not pay the market rate and virtually no business wants to lose good staff – but as always we have to put up with legislation for the few who abuse it.” Shortis has had to cut his cloth accordingly and says casual workers – retirees – have had to go. He says that the new NLW is really causing problems and wonders why the government didn’t add another tier to the NMW with the same review dates.

Shortis notes that the bonus he used to pay did not count towards NMW so it was consolidated into pay and he now pays £7.20. “We cannot afford to pay extra whereas before our bonus was extra, and NMW had a knock on effect that staff only felt better off for a week or two when they first got the increase.”

Another issue for Shortis is that NMW is applied on age and not performance: “If a driver continually scraped a van in the past we would cut bonus, now we have to hold a disciplinary as we are not allowed to treat them differently.”

Shortis values his staff “but we have to work with the funds available or they will all be out of work for our 50th anniversary.” Indeed, he paid the staff £50 for each complete year of service “and that gave us a bill of £185,000 (plus 13.8% NI)… that at least made them smile.”