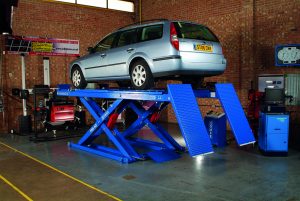 Many will recall the MOT changes that came into effect in May last year. Introduced at a time of scrutiny surrounding diesel engines, the changes featured DPF checks and also set new categories for vehicle defects. Here in 2019, there’s a new focus: connection. It’s a buzzword that has been pretty much unavoidable in the automotive industry recently, and now MOT centers may have to consider preparing for new standards ushered in as connectivity increases.

Some changes are already planned. As of 1st of July 2019, the DVSA will only approve new roller brake testers that are able to connect to the DVSA’s database and share MOT test information, and from August 1st this requirement will be extended to other types of kit as well. What’s more, come October or November, the DVSA anticipates that those who are planning on opening a new MOT center will have to operate this new ‘connected’ equipment in order to be approved.

Speaking at Automechanika Birmingham, the DVSA’s head of MOT policy Neil Barlow said that future MOTs will be more about ‘connecting to the vehicle’. “Those garages that start to invest in this stuff early, start to build up experience in doing these things early, will be one step ahead of those garages which don’t do that,” he said. “Because at some point the MOT will need to change more radically than it did last May.”

In a bid to reassure garage owners over issues of cost, Barlow also noted that this new ‘connected’ equipment would be ‘the same kit that we use now,’ but with ‘very slightly different software’.

Meanwhile, Stuart James, Director of the IGA, seemed unconcerned about the changes, noting that implications for the industry would be ‘very, very minimal’ and said it was ‘definitely not the case’ that existing kit would have to be switched over to the new standard. “Don’t fear that there will be some kind of mandating of stations having to buy equipment because of a change in legislation. I’m absolutely sure that is not the case,” he said. “The DVSA are not going to impose additional costs on the garage. So this is if you needed a new roller brake tester, then you would have to buy, after this date, a new piece of equipment that is compliant or capable of the upload capability.” 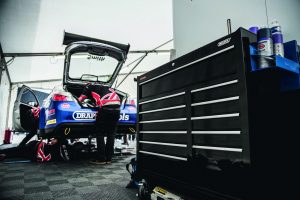 Despite the new standards, the DVSA’s ability to monitor MOT activity is nothing new. According to James, the agency can already tell quite a lot about what’s happening in an MOT ‘in live time’. “So they can walk in the door and expect to see that car on the ramp,” he said. “So if there’s a perception of ‘Big Brother’, it’s already there.

“So this extra piece of communications information, I suppose it will be useful for the DVSA to be able to understand how many vehicles are carried out on brake testing, but they know a lot of this. So I’m not totally sure what benefit it will be to the DVSA because they already have all the information they need.”

Barry Babister, MD at CCM Garages and MOT Juice, praised the plans. “A large problem for the MOT industry is fraud,” he said. “The addition of connected equipment could go a long way to stopping this, and to protecting the image of the MOT scheme and the people who operate MOT bays, which can only be good for business.” Regarding potential costs of new brake testers, Babister said: “you won’t have to upgrade until you actually want to so it’s a capital investment usually easily financed.

“What the industry needs is an increase [in] MOT prices to help us cover the ever-increasing compliance and equipment costs,” he concluded.

John Tullett, founder of Autocar Repairs in West Dulwich echoed similar sentiments (though he acknowledged that Autocar Repairs is not an MOT test centre). “There is still a degree of abuse within the current MOT test system in the UK and the proposed development would certainly reduce that. On that basis alone, I am in favour,” he said, also noting that ‘other countries use government controlled test centres will others still are much more strictly controlled than ours.’

While no equipment suppliers provided a comment to CAT on how the changes would affect them, Clive Richardson, Marketing Director at garage tool supplier Draper Tools said that ‘where there are industry standards, those are absolutely met.’

Meanwhile, away from the MOT, the garage equipment market is moving in new directions itself. Fran Weeks, PR consultant at Draper Tools, claims that the demand for electric vehicles is creating a ‘missed opportunity’ for specialised tooling. “So we’ve got a wide range of stock which includes VDE insulated sockets and other hand tools that are suitable to work on these hybrid and electric vehicles,” she said.
Richardson noted that the market for Draper Tools is moving towards larger workshop equipment as opposed to hand tools. “We’re seeing more of a demand now … with what we’d call workshop equipment – the tablet, the four wheel aligner, specialist lifts etc. There’s a lot more demand for that.”

There were certainly plenty of these products on show at Automechanika Birmingham.