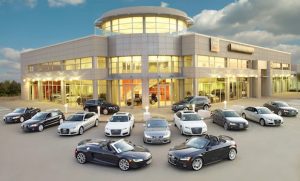 The survey polled 1,000 consumers across the UK in a 15 minute online survey. The objectives were to ‘explore current consumer perceptions of franchised dealers and their competitors’ as well as to ‘understand consumer aftersales behaviour’.

Curiously, the poll compared data with that taken six months’ earlier, rather than comparing year-on-year.

A separate survey carried out on behalf of the Independent Garage Association, which is also part of the RMI, found that 97 percent of respondents were likely to use their independent garage again.

Buyout is AAG’s third this summer in Northern Ireland

Over 400 visitors meet distributors and enjoy a prize givaway