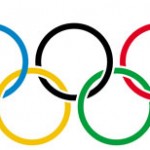 The feel-good factor from the Olympics has failed to tempt buyers off their sofas and into shops this August, according to new figures from the British Retail Consortium

The BRC data show the worst trading figures since November and are the first clear indication of how the games had an impact on spending.

There was a boost to food and drink sales as viewers settled down in front of their televisions, but online sales showed their worst performance since BRC records began in October 2008, albeit with a performance that puts high street numbers in the shade with 4.8% growth.

Director General of the BRC Stephen Roberston said: â€œThereâ€™s no evidence here of any Olympic boost to retail sales overall. Itâ€™s clear people were absorbed by the magnificent Olympics and had little interest in shopping, especially for major items.

â€œAs summer gives way to the all-important Christmas run-up, retailers will be hoping sales that didnâ€™t happen in August have been postponed and not lost entirely.â€

Richard Shortis of the Shortis Group had already signalled his caution about the ability of the Olympics to lift retail sales ahead of the games.

He told CAT: â€œI donâ€™t want to sound like a killjoy but most businesses know that large sporting events or even a Royal Wedding cost businesses money, with customers staying away either to watch them or because they have been told it is an extra bank holidayâ€

Businesses in various areas are entitled to apply for financial support from councils because of Olympic disruption.