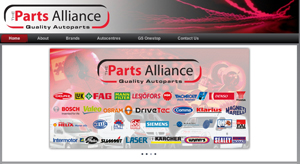 Branded as N!, the group covers Europe, the Middle East and Africa and will have its first suppliers conference in Geneva on March 5.

A full list of founding companies has not been released, or details of their combined buying power, but they cover the UK, Ireland, France, Spain, Portugal, Italy, Belgium, Finland, Poland, Turkey, Russia, Jordan, Lebanon, Emirates, Saudi Arabia, Egypt and Bahrain.

The group says it has 45 strategic suppliers and ‘is planning to expand at an accelerated pace in the next three years, with no specific restrictions in terms of channels and territories’.

Gael Escribe, acting CEO of the group who formerly worked at Valeo and Delphi, said: “All the partners are energized by the possibilities this exciting multi-national partnership will deliver.

“Our company will be strongly focused on bringing innovation to supplying the global automotive aftermarket, while promoting profitable growth opportunities both for our 45 strategic suppliers and for our local representatives.

Parts Alliance Chairman Steve Fulford said: “The Parts Alliance is a major force in the UK and Ireland. Now as a founding partner in this new international group, it will enable us to expand our horizons.

“We have substantial volumes of purchasing and by aligning ourselves with our partners across Europe, and in emerging economies, we will be able to create additional value for those who invest in our business while helping our customers provide better choice and value for their customers.”

N! is headquartered in Geneva, but also has offices in Paris and Dubai.