PHOENIX COMPANIES RISING FROM THE ASHES 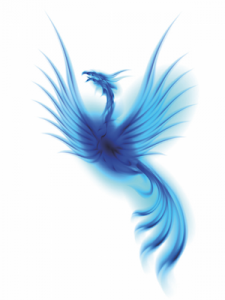 It’s a sad fact of life that businesses can and do fail and the fallout can impact upon many – owners, shareholders, employees, customers and suppliers alike. Often there is nothing underhand about the failure – the company is wounded fatally by a lost contract, a massive hike in rent or rates, or has been unable to adapt to changing market conditions.

Occasionally, however, firms are set up to fail through the deliberate actions of their management with a view to defrauding creditors. In certain situations, directors of the failed company turn to what is known as a ‘phoenix’ company.

PHOENIX RISING
‘Phoenixing’, or ‘phoenixism’, are terms that describe the practice of carrying on the same business or trading successively through a series of companies which in turn becomes insolvent – the idea being that a new business rises from the ashes of an old one, like the Phoenix bird of Greek myth, hence the term. Each time this happens, the business of the insolvent company (but not its’ debts), is transferred to a new, but similar, phoenix company, usually through the use of a pre-pack administration. A pre-pack administration involves the business of the liquidated company being sold as a ‘going concern’, (i.e. as an operating business) through a process orchestrated by an appointed insolvency practitioner. The insolvent company then ceases to trade and might enter into formal insolvency proceedings or be dissolved.

Phoenixing often harbours negative connotations, mainly because of the actions of directors who force their companies into insolvency to then purchase back company assets through the new company, leaving behind any liabilities in the insolvent company. The process often involves financial loss being suffered by the creditors of the failed company – a practice that can both leave a nasty taste in the mouth and give phoenix companies a rather bad reputation.

There is no doubt that in rare circumstances, the directors of a company do set out to commit insolvency fraud and so will deliberately reform a business using a phoenix company to avoid paying creditors. They will ensure that the phoenix company is set up so that it appears slightly different from the insolvent company. The business will continue to trade and operate and the creditors of the insolvent company will not usually recover their debts as they remain with the insolvent company – a separate legal entity – and will not be transferred over to the newly formed company. The bad news for creditors and suppliers is that they will have no contractual claim against the new company for debts incurred by the old, defunct, company.

THE LAW SAYS
The governing law of England and Wales allows shareholders, directors and employees of insolvent companies to set up new companies to carry on a similar business, so long as the individuals involved aren’t personally bankrupt or disqualified from acting in the management of a limited company, and the trading name of the new company is not the same or similar to that of the insolvent company. Setting up as a new entity is legal if the process has been managed properly. Entrenched company law principles mean that a limited liability company is a legal entity separate from that of its shareholders and directors. Except in very limited circumstances, the responsibility for debts incurred remain that of the company, subject to the actions of the company directors.

One circumstance where a director can be made personally liable, jointly and severally with the company, for all the relevant debts of the new company, is where they contravene the Insolvency Act 1986 by acting as a director of a company with a prohibited name (i.e. a name which is similar to suggest an association with the previous company’s name). Further, the director will also be liable to a fine or potential imprisonment.

SEEKING SOLACE
So, what can you do if you suspect some sort of insolvency fraud being undertaken by a company that you are dealing with? What happens where you find yourself in the situation where you have supplied a company and your invoice has not been paid? What should you if do you’re also unable to reach anyone at the company to speak to about the money that you are owed?

The company at this point may or may not be insolvent. If the company in question is insolvent, the appointed insolvency practitioner’s function is to investigate the practices of the company and distribute any assets found to the creditors of the business. Predominantly, the underlying assets of the insolvent company are required to be sold at market value and not (deliberately) at an undervalue. You, as a creditor of this business, should have an interest in such investigations and you should speak to and assist the insolvency practitioner where possible.

Company directors owe numerous duties to their company and the key duties are codified in the Companies Act 2006. These include promoting the success of the company, exercising independent judgement, exercising reasonable care, skill and judgement, and avoiding conflicts of interests. Where a company is threatened with or starts to undergo insolvency proceedings, directors not only owe duties to the company, but also to the creditors of the company and a number of provisions of the Insolvency Act 1986 apply in this case.

STRICT RULES
There are strict regulations placed on the directors of an insolvent company and any appointed insolvency practitioner regarding the use of a phoenix company to carry on the business of an insolvent company. The intention of the regulations is to protect the interests of unsecured creditors and to prevent company directors from escaping their obligations. It is a criminal offence under the Insolvency Act to knowingly carry on business with an intention to defraud creditors.

If this is proven, an insolvency practitioner may make the decision that the director is liable to make a contribution to the company’s assets on winding up. Remember, it is legal for a phoenix company to be formed from the insolvency of a prior company. However, any director that is subject to a disqualification order or a bankruptcy order cannot act as a director of the newly formed company. You may suspect that a director of a company that you are dealing with may be acting in breach of a disqualification or bankruptcy order and if this is the case, you should also report this to the Insolvency Service.

DEAL WITH IT
Information is available online, free, at Companies House to any member of the public who wishes to see who is registered as a director of a company that they are dealing with. The name of the company (this may be different from the name with what the company trades as) or the company number will be required to use the Companies House search function.

Despite the losses that can be experienced by a creditor because of the use of a phoenix company that may have been subject to insolvency fraud, the financial failure of a majority of UK companies is not usually as a result of wrong doing nor the misconduct of company directors. Companies can be dissolved or face financial difficulties for a variety of reasons.

One protective solution, obvious as it sounds, is to conduct preliminary investigations on new customers before entering into a trade agreements or offering trade credit. As noted above, check the publicly available register at Companies House for information on company directors and their companies, seek trade references, and also carry out credit checks. Forewarned is forearmed.

It may be worth checking to see whether your supplier contracts have, or possibly should have, clauses which aim to protect your legal ownership of the supplied goods until payment has been made by a customer. Some supplier contracts may include what are known as retention of title clauses which will state that the goods delivered by a supplier remain their property until payment by the customer has been made. Legal advice should be sought as ‘retention of title’ clauses require careful thought and drafting to ensure that they are effective, an event of insolvency should be properly provided for in such terms and conditions in order for a supplier to limit exposure to the risk of non-payment.

WHAT TO BE AWARE OF
Directors who don’t conduct business in line with their legal obligations face potential disqualification from acting as a company director. The Company Directors Disqualification Act 1986 prohibits directors whose conduct led to the insolvency of a company from taking on similar roles elsewhere for a prescribed length of time. If, as a creditor, you feel or suspect that a director of the company you are dealing with is conducting their business in an unfit manner, you can report them either to the Insolvency Service, Companies House or the Serious Fraud Office.