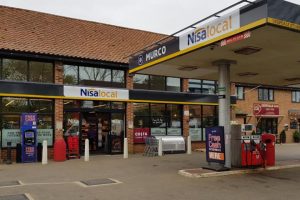 A suggestion from Chief Constable Simon Cole of the National Police Chiefs’ Council (NPCC) that petrol stations should take money upfront in order to reduce instances of petrol theft (known as ‘bilking’) has met an angry response from Brian Madderson, Chair of the Petrol Retailers Association.

“Instead of ‘victim blaming’ petrol retailers, the police should be honest that they are struggling to deliver their commitment to reduce crime”, said Madderson,

Chief Constable Cole’s comments were interpreted by the PRA as needing to install card or app based devices that are regarded by the association as  ‘prohibitively expensive’, estimating the cost to retrofit petrol pumps at £20,000. However, it is common in many self-service countries to pay first and then the cashier will turn the pump on.

Mr Madderson went on, “The UK has seen a 40 percent reduction in filling stations over the past 15 years. Those remaining have developed their retail offer to better serve their customers, with many lost amenities from banks and post offices migrating into the store of petrol stations, particularly in rural areas.”

“Rather than lecturing the victims of crime, the government should be empowering responsible businesses to enforce the law where the police are too overstretched to intervene. One solution would be to give petrol retailers electronic access to the DVLA’s Vehicle Keeper database, so they can pursue drive-offs through the civil courts and ease pressure on the police”.