Timothy Frank Corfield has been appointed as the official administrator, and an auction of the firm’s assets and stock will be held from February 26 through auctioneer Deeley Matthews..

Stephen Doyle started the company (officially called Direct Wholesale Europe) in August 2008, right at the start of the recession. The company had a strong online presence, with eBay being a particular strength. However, recent feedback suggests that it struggled to fill orders in the past few 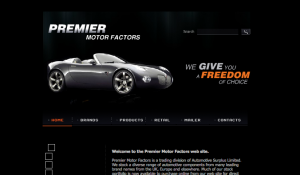 weeks, and the administrator was called in just before Christmas.