Protect yourself from liquidation liabilities 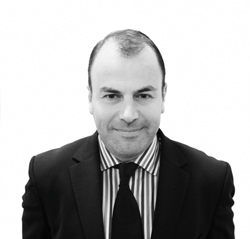 Take care of the details of business so you don’t get hauled over the coals should your business get into financial difficulties, says Paul Taylor.

The case of Langreen Limited (in liquidation) revisited the question of the potential personal exposure of directors if their company fails. The case offers those running limited companies some comfort.

The liquidator of Langreen brought a claim against its directors under Section 214 of the Insolvency Act 1986 (a wrongful trading claim) on the basis that they “had known, or ought to have concluded, that there was no reasonable prospect that the company would avoid going into insolvent liquidation”.

The liquidator failed as the directors were able to show that, they had no reason to believe the firm would not be profitable.

When a company is solvent, directors’ statutory duties are mainly owed to the company’s shareholders. However, when a company nears insolvency, directors must have regard to the interests of creditors as a whole.

The dual threat of personal liability and disqualification as a director means that directors ignore the interests of creditors at their peril.

Section 214 enables a liquidator to seek contribution orders from directors and/or ex-directors (if in office
within two years) if they have engaged in wrongful trading.

The liquidator has to show that the company was insolvent, or became insolvent, at the time of the alleged wrongful trading.

A statutory defence helps a director who “took every step with a view to minimising the potential losses to the company’s creditors as soon as they knew, or ought to have concluded, that insolvent liquidation was unavoidable”.

In order to take advantage of the defence, the director must show that he took every step available – not every reasonable step. There is a strong degree of objectivity in the various tests. This means that a director may be liable even though he did his best having regard to his own experience and position on the board. Also, a director may incur liability when he is in fact entirely unaware of the likelihood of an impending insolvent liquidation.

The Companies Act 2006 prescribed a wider range of circumstances in which a derivative action (claims instigated by a shareholder on behalf of the company) may be brought against a director. For example, a derivative action is available for breach of duty of directors, even if the director has not benefited personally from the breach.

A director of an insolvent company whose conduct makes him unfit to be concerned in the management of a company may be disqualified for a period of between two to 15 years. Various matters will be taken into account in determining whether a director is unfit, including any breach of fiduciary or statutory duties or failure to keep proper company records.

Directors themselves might consider taking certain steps if their company finds itself getting into difficulties.

Resignation from the board is very much a last resort. It should only be considered when the company is in serious financial trouble and if a director’s concerns are being ignored and their departure could draw attention to the company’s plight.

Controls should be established to minimise the risk of insolvent trading. These should include:

In particular, directors should be very careful about favouring one creditor over another, in view of their own financial position and taking professional advice.

All deliberations of the board should be fully minuted. This can help a liquidator establish the efforts taken, not only by the board, but also by each individual director to protect the company’s creditors.

As the Langreen case shows, a court will not impose sanctions if directors are able to show that they made honest and rational commercial decisions to protect the interests of creditors.