The QH business has been sold to Tetrosyl following the administration of Klarius Group yesterday, while a new Klarius emissions business is taking up the reigns at the Cheadle. 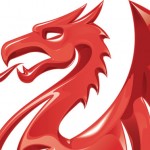 A statement released by KPMG this morning says:

Following their appointment, the Administrators reached an agreement to sell the Klarius emissions business based at Cheadle, Staffordshire to Klarius Products Limited, preserving 234 jobs.  The deal will formally complete later today (7 February).

In addition, the intellectual property rights relating to the QH business was sold separately to Tetrosyl I-Tec Limited, part of Tetrosyl Limited.

Upon appointment to Quinton Hazell Automotive Limited, the Administrators made 42 redundancies at its QH distribution division in Hinckley, Leicestershire, which will cease to operate. Further redundancies are expected at other sites around the group.

Klarius Group operates three subsidiaries in Europe; QH France SAS, QH Deutschland and QH España. These companies are separate legal entities and have not been included in the UK administration.

Paul Flint, Joint Administrator and Associate Partner at KPMG, commented: “We are pleased to announce the sale of the Cheadle site – saving 234 jobs. Despite marketing the remaining divisions for sale, we were unable to find a buyer and have taken the difficult decision to wind them down.