Mike Owen: Introducing a Service Level Agreement between factors and garages could stop the current race to the bottom

As you would expect, generally I’m quite well organised, have to be, but sometimes we all get caught out – to quote Robert Burns, ‘The best laid plans of mice and men….’ your intentions go wrong or an emergency happens that, by its nature, causes a meltdown in the vision that you held for your project. This is the stuff of the Independent Repair Industry – we manage crisis; in fact we are so adept at that most don’t bother with the plan in the first place favouring ‘it’ll be alright on the night’ modus operandi that sees the garages working late in the evening and
most weekends.

The motor factors find themselves in an even worse situation; once removed from the scene of the disaster you pick up the shock waves that are, of course, no fault of the repairer – in their opinion. Of course you then still have the exertion of pressure in that you are expected to have the stock on the shelf and to have a van and driver to deliver the requisite parts at ‘warp-speed’. Once that van has left, have another on standby to deliver the parts they forgot in their haste in ordering the first parts and you have to be prepared to do all of the above without the need to turn a profit!

I was working with a parts wholesaler recently and was truly amazed at their costs of distribution, staff, vans, fuel and stock required to run a ‘phone and go’ service. 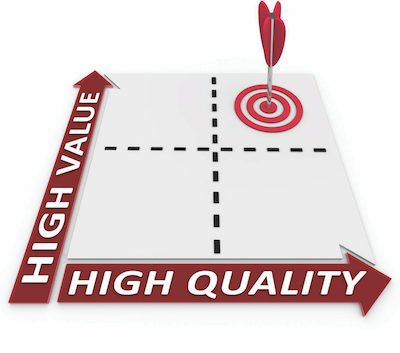 This puts me in mind of the Chicago printer, who after a lifetime of working hard and earning little put a notice up in his shop window. It read: “We have three basic elements that we can offer you, there are ‘Good’, ‘Cheap’ and ‘Quick’ – you can choose any two but never all three; you can have a Good job Quick, but it won’t be Cheap. You can choose a Cheap job Quick but it won’t be Good or lastly, you can have a Good job Cheap but it won’t be Quick”. Perhaps we as an industry are guilty of loosing this perspective?

If you were to visit your doctor and have been referred to someone who knows what they are doing and been told that your life threatening condition needs urgent surgery, do you say ‘hold on, I’ll look it up on the ‘net and see where I can get it done cheaper?’ I suspect the answer is no, more likely your next question will be, ‘Today, tomorrow or when?’ and the answer will be at some future date not ‘…sew up Mrs Jones and get her off the table, this guy needs help’; now turn this scenario into a situation in our industry?

I hear the term ‘exceeding expectations’ coined regularly, especially by VMs, but there is another level that surpasses this which is ‘exceeding common sense’. We must remember that the vehicle owner/user will take all we can offer but will expect that as a minimum next time; do they offer this to their clients in their walk of life – in that case you are the customer, do they? The motor industry in not being more professional does little for our perception in the eyes of the customers who, because of the way we conduct ourselves think that we are all desperate for their business and that we will jump through burning rings naked and work for free.

Despite the sheer volume of vehicles on the roads lead times at most garages varies and this over availability leaves the vehicle owner spoilt for choice. A direct comparison can be levied at the feet of the parts wholesalers who, in order to court business have moved away from the old business maxim of ‘Sales for vanity, profit for sanity’ in favour of business at any cost.

PROFIT CLINIC
I run business ‘Profit Clinics’ on behalf of parts distributors for their garage customers and one of the first exercises explore how they are performing currently against their potential. Invariably there is room for improvement, the clinic goes on to explore where their best profit lies – their best profit is within labour, but only if they manage it properly, up to 70 percent gross profit or more. In truth a garage requires parts to make their product, labour, saleable and to this end they need the right parts on time – price is almost (but not quite) immaterial.

As stated in previous articles, I work for both dealers and independents alike and I yearn for the day when the relationship between independents and parts sales becomes formalised as it is with the franchised dealers and VMs. Yes, I would like to see Service Level Agreements (SLA) – not as draconian as the VM’s impose but some form of terms and conditions, not every nut bolt and split-pin being haggled over on an individual basis but perhaps with rebates based on turnover thresholds –
Why? Because it would help take the ‘amateur repairer’ out of the equation but also call for the garages to negotiate with customers rather than their suppliers as their ultimate cost price would be volume driven.

There is a lot of spin-off from SLA’s not least of which are relationships, loyalty and parts planning rather than the ‘jump- and-dart’ that we see currently, it would also allow for the parts suppliers to go the extra mile on the occasion that it is needed – but don’t worry it will never happen because we still worship the one great God, which
is turnover.