A Director of the RAC Foundation has warned of how the MOT will need to adapt as vehicles have an increasing amount of autonomy, backed by sensors.

In an interview on Radio 4’s Today programme Wednesday morning, Steve Gooding said: “We need to get our heads around how to certify that these vehicles are roadworthy. We are dealing with artificial intelligence and that represents a challenge”

Gooding also spoke about an issue that had been recently raised by a House of Lords technology committee that the most concerning issue about the vehicles was the point that they hand control back to the driver.

Also speaking on the same segment was Paul Newman, Founder of Oxbotica – a company developing control systems for autonomous vehicles. On the subject of connected cars and hacking, he said: “It is something we think about all the time and it is important… We need to bring trust in these vehicles”. He added that the same concerns would in time ‘affect anything that moves’ including farm vehicles and mining machines. 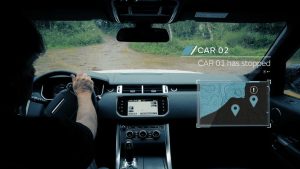