The UK importer of Mannol lubricants has told CAT that it recalled and relabelled a 5w30 oil, following a complaint that it claimed conflicting standards.

The oil, Mannol Longlife 5w30 claimed on the label that it met VW Group standards including VW 505 01 as well as VW 504/507. However, when challenged by industry body VLS, the producer confirmed that this was an error, and provided evidence that VW 504/507 alone was met.

READ: UP-SELLING ON OILS AND LUBES 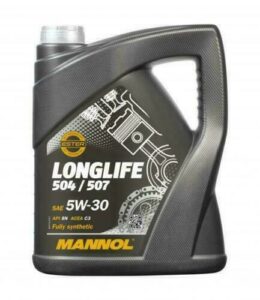 While the product was being relabelled, the producer also updated the website, TDS sheets and catalogues. Despite this action, VLS has said it has referred the matter to Trading Standards. In a written response to CAT, the organisation said: “Although the local distributor has told VLS that they have recalled and relabelled the products, they have not provided any evidence of this. As VLS has no proof that the incorrectly labelled products are not still out there actively being sold… it has decided to refer the case to Trading Standards”.

Jevgenij Lyzko from Lubriage Ltd, the UK importer of Mannol said: “We haven’t been contacted by Trading Standards yet, but honestly don’t really understand why it would be referred to them. The product sold on a market is fully complaint and has approval to VW 504/507 standard”. Lyzko added that VLS contacted him directly, rather than deal with the manufacturer and that it was ‘nothing to do with the quality of the product’, bar the label error.

Andrew Goddard, Chairman of VLS said: “We continue to see complaints against 5w30 engine oil that makeup such a large part of the lubricants market for motor oils. To keep SKU counts down, manufacturers are keen to make products that meet as many OEM specifications as possible. However, they must ensure that they have evidence available that the product really can meet all of the claims being made”.