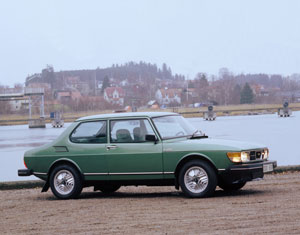 The company responsible for distributing OE parts to the remaining Saab dealer network has established a UK parts hub.

Orio, formerly known as Saab Parts UK, came into existence following the collapse of the parent company after the then owner Spyker called in the administrators in 2011.

At the time, there were some 226,000 Saab vehicles registered in the UK. Four years later, the number has dwindled to 180,000. Despite this decline, Corin Richards, Managing Director of Orio remains upbeat about its future as a parts supplier. The firm has recently opened a UK distribution hub in Hatfield, which has turned a four-day lead time into overnight delivery as the parts no longer need to be shipped from Sweden. “We’ve got an opportunity now to say that if you want Saab parts, you can order them from us and receive them the next day, rather than having to go to one of 100 outlets and get them in four days’ time,” he explains. “As the cars are ageing, only a minority go through the dealer network, so we felt there was a disconnect between where the parts are and where the cars get serviced.”

Following a relaunch of the customer portal to order OE parts, the plan is to use a third party courier and further reduce the lead time to same day delivery in the South East and East Anglia, where 75 percent of remaining cars are based.

Further to this, Richards plans a new line, provisionally titled ‘Saab Select’ on certain fast moving items. This will be aftermarket parts for some older cars. “Although they are a second tier, the quality is still good, and they’ll carry a two year guarantee,” he says.

Although Orio exists to support the remaining Saabs on the road, Richards will not rule out stocking lines for another brand at some point in the future. “We are known as Swedish specialists, so we’ll have to see,” he says.

Saab AB as a brand continues to enjoy considerable goodwill from enthusiastic owners as well as from the motor industry as a whole. However, a restart of production seems further away than ever following an announcement in June that the most recent owner NEVS, a Chinese EV maker, will not be renewing the rights to the Saab brand, having run out of money.