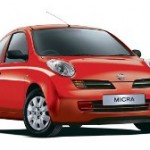 The positive effect of scrappage on new car sales can be seen in the latest figures released by Nissan.

The VM’s Sunderland plant has revealed large increases in productionÂ of two of its key models.

The number of Micras (right) produced in September rose by a staggering 40%, with over 11,000 cars exiting the production lines.

Qashqai production also rose by 15%, with forward orders for both vehicles ‘way ahead of expectations’.

Debate as to the effects of scrappage on the aftermarket continues to rage.

WhileÂ Â figures like these from Nissan prove that significant numbers of old cars areÂ being destroyed, it seems that the effect onÂ aftermarket businesses has yet to properly filter through.

Evidence for this can be seen on the latest CAT poll.

Suprisingly perhaps, the poll currently shows thatÂ under half of catmag.co.uk users who voted (48%) are against scrappage. Indeed, almost a third consider scrappage good for the economy.

With scrappage ending in the new year, VMs remain cautious about the longterm prospects relating to new car sales.

Many VM bosses believe thatÂ the schemeÂ has simply condensed new car sales into a shorter timespan: sales that would have happened anyway over the next 18 months or so.

As the economy continues to contract and unemployment stays high, new car sales are unlikely to sustain increases seen during the scrappage period.

What is for certain is that, in the summer and autumnÂ of 2012, there will be a glut of cars going for their first MOTs.