Skidz looking to expand its programme to Northern Ireland 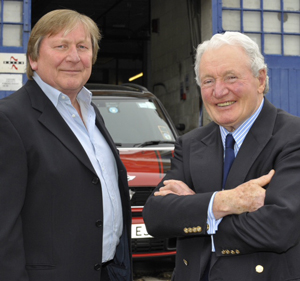 Automotive charity Skidz is in talks to expand its project and start up a pilot branch in Belfast.

The charity, which helps disadvantaged young people into motor studies, is looking to expand its programme nationwide.

The new venture will see a partnership formed with the Integrated Education Fund in Northern Ireland, which operates 60 schools with the aim of breaking down the barriers created by different religions.

The potential alliance is down to Skidz patron and rally legend Paddy Hopkirk, who is also a long-term supporter of the IEF too, as he chose both charities to benefit from the proceeds from the gala dinner celebrating the 50th anniversary of his victory in the Monte Carlo Rally, as Skidz CEO Graham Andrews explains:

“Skidz and IEF are both registered charitable organisations and are proud to have Paddy Hopkirk as patron,” he says. “Proceeds from the gala event this month will be donated to both charities.

“In this context, it seems appropriate that Skidz examines the feasibility of establishing a pilot project in Belfast in partnership with the IEF – so that proceeds can be invested back into Belfast and become one of the first of the new Skidz projects to open in the UK, in line with our strategic expansion proposals.”

The pilot scheme is aiming to provide 100 young people in Belfast aged between 13 and 19 years access to a range of motor related courses, including primary skills, ABC and IMI certificate Level 1 for 14 to 16 year olds and IMI Diploma Level 1 for over 16’s.

The news comes after Skidz released figures indicating it has helped 88 percent of young people at the age of 16 carry on into further education or employment, over the last four years.

It has also launched a number plate business, in conjunction with Spanish firm Samar’t, to help raise funds to sustain its vocational ambitions.

The venture will help the charity move away from relying on support from grants and donations to create a self sustaining model to help it carry out its plans, which you can read more about in this month’s edition of CAT.