IS THE AFTERMARKET EMISSIONS COMPLIANT?

At this year’s What Car? Awards the coveted ‘Car of the Year’ gong was picked up by Kia for its e-Niro EV. This marked the first time that a car maker from the Pacific Rim had picked up such an accolade, but crucially it was the first time that an electric car could be considered practical enough for the magazine to recommend one to its readers as being better than, rather than just a compromised alternative to, a conventional petrol or diesel-powered car.

Electrification is one of three major areas (or to use industry jargon ‘megatrends’) where the motor industry is changing and fast, with the other two being ‘connected car’ and autonomy. This is good news for the health of all concerned, but does it mean that car manufacturers are done with conventional power trains?

The answer is no, at least if you read some of the press releases about emissions-reducing technology that is being developed in reaction to emissions. Delphi Technologies for example produces a GDI (gasoline direct injection) system that runs at 350 bar – tech that the manufacturer itself immodestly describes as ‘state of the art’. However even this has now been supplanted by a new system that runs at an intense 500+ bar, or around 7,500 psi.

Such pressure means the fuel vapour mix is so fine it will explode at an atomic level, meaning even very small particulates are reduced by half. However, running engines so hard is not without problems.

The challenge has been to achieve such pressures without increasing the drive loads from the pump. As most engines power the GDI pump through the camshaft drive, a conventional approach would usually require a costly redesign and strengthening of the camshaft mechanism.

“By designing an innovative new internal sealing system for our GFP3 500+ bar pump, in some applications, we have designed a downsized plunger diameter which prevents increasing the loads in the drive mechanism,” said Piock.

Descriptions of the Multec 16 injectors and ‘forged rail’ make no reference to the parts being serviceable, and it is likely that components under that significant amount of pressure will be sealed for life. 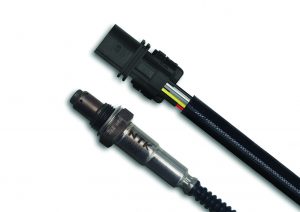 Time will tell how reliable a pump that operates under such a load will be, but there can be no denying that the increase in combustion efficiency will allow the petrol engine to be a viable proposition to both the buying public and to politicians for a while yet.

Of course, the aftermarket has to follow OE so there is little in the way of innovation in this field, although products such as ‘universal’ lambda sensors could well make the emissions from a vehicle worse as they are not calibrated to the specific values needed for the application. Fortunately there a plenty of OE-spec parts available, such as the recently launched wide band (also known as five-wire) sensor range under NGK’s NTK sensors brand.

“We have had a very positive response from our customers to the launch of our new NTK five-wire sensors. NTK has more than 40 years’ experience in the sensor business and this is a fantastic addition to our portfolio” said Mark Hallam, Marketing Manager at NGK UK.

It is also no secret that lubricants are getting thinner in a bid to increase engine efficiency. “Car and lubricants manufacturers try to improve the fuel economy of cars by reducing the viscosity of engine and transmission oils. A thinner oil flows more easily and requires less energy for it to be pumped into the engine,” said Bob Wood, a Technical Engineer at Total Lubricants. “To be compliant with ACEA specifications, synthetic oils or severely hydrocracked base oils are used in combination with the dedicated additives, to not only meet the minimum requirements, but to exceed them”. Wood added that the pace of development of thin synthetic oils for modern and hybrid engines is fast, and that innovations in the additive pack, such as the firm’s patented ‘age resistant’ technology would continue. 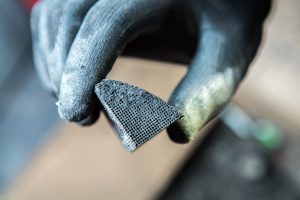 Buying aftermarket products that directly relate to the emissions that a vehicle produces can be complex. Equipment such as DPFs and catalysts vary wildly in price and this is due in part to different methods of producing them. One of the main areas of debate over the last few years is how effective these components are. David Carpenter of Cats and Pipes explained to us the last time we spoke that: “When buying a product of this technical complexity, in order to guarantee the product complies, it is important to purchase a product that meets Euro classification and comes with all the relevant and up to date test data and quality approval marks”.

Crucially, and in reference to a row that the aftermarket had seen in recent years, he added: “It is also important to question the data and information received to ensure it applies to the actual product you are purchasing. Also, very simply, if the aftermarket version you are buying is totally different in appearance and size to the manufacturer fitted version, there has to be a difference in performance”.

“This is particularly relevant with DPFs and CATs that are supposed to meet the Euro classification to be retailed in the UK. If they are physically only half the size of the original factory fitted part, they cannot possibly meet the standards to which they are supposed to comply. This is a challenge for the aftermarket and small companies which often do not have the time or resources to check all this information and are often buying purely on price and good faith however visual checks are a good place to start,” he furthered, concluding that apart from the environmental issue, products that don’t meet the spec result in returns and unhappy customers.

It seems that the battle of price vs quality is not over yet.